Coronavirus: Why have so many British Cypriots died? 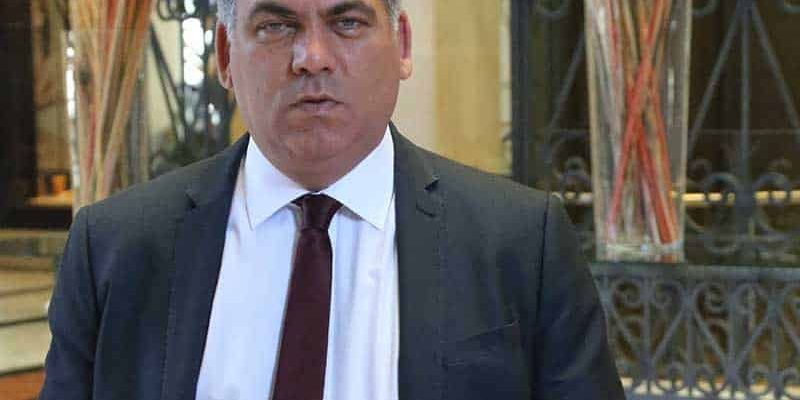 Harrowing stories of Cypriots dying in Britain from Covid-19 have emerged in recent weeks, raising fears among the tightly knit community of some 310,000 people that it might be particularly prone to the virus.

One month after the lockdown was enforced in the UK on March 23, two brothers from north London – Andy and Lonny Leonida – died within days of each other. They worked together as builders and were only in their fifties. Three people from the same Greek Cypriot family in Weston-super-Mare died of coronavirus in mid-April.

Labour MP Bambos Charalambous, speaking to the Sunday Mail, also highlighted the tragic case of Sonya Kaygan who was just 26 when she passed away – leaving behind her three-year-old daughter.

Kaygan worked in a care home in Charalambous’ constituency of Enfield Southgate in London, thought to be home to the largest population of Cypriots outside Cyprus.

Journalist Michael Yiakoumi, writing for the Cypriot weekly Parikiaki in Britain, reported that more than 287 British Cypriots have died of coronavirus – a disproportionate amount compared to the population.

“We did some figures last week and calculated that we account for 5 per cent of coronavirus deaths in London,” Yiakoumi told the New Statesman earlier this week. It is estimated that 200,000 Cypriots in the UK live in the British capital.

As with any highly complex matters there are myriad possible factors and there are more questions than currently available answers. Some have pointed to average age, living standards, geography, genetics and cultural habits as possibly playing a role.

Some factors, however, appear to be more likely than others.

In an attempt to get a clearer picture as to how – and why – the Cypriot community reportedly makes up almost one in 20 of the deaths in London from Covid-19 but only makes up about 2 per cent of the city’s population, the Sunday Mail spoke to community leaders and experts.

“As a community we are much more established in the UK and that has a couple of consequences,” Christos Karaolis, president of the National Federation of Cypriots in the UK told the Sunday Mail.

“It means our community has multiple touchpoints, whether it’s their neighbours, their kids or grandkids. All these different touchpoints meant that they were potentially much more exposed to catching the virus.”

A particularly insidious aspect of the virus is that it cruelly exploits one of the best qualities in human nature – our desire to spend time with friends and family, to support them and be supported in return.

Strong family bonds, staying connected and in contact are some of the most cherished qualities of the Cypriot community – both at home and abroad.

During a pandemic, however, such cultural behaviour may have helped the virus spread.

“In the community, we are generally much more tactile, as Cypriots, and that’s the way this virus transmits,” Karaolis said. “This may have led to disproportionate exposure, it doesn’t necessarily mean that we are inherently predisposed to suffering from it [the virus] but it probably means we were just unfortunately more exposed.”

Famous for large gatherings, such as weddings or christenings, these events with up to three or four hundred people were taking place amongst the Cypriot community just before the lockdown in the UK on 23 March, raising questions over social distancing.

And yet, the British government only asked people to stop going to pubs and other social events on March 16.

Karaolis said that large community events were still taking place in the early period of March, just before the lockdown.

Another factor which experts are considering as a possibility are multi-generational households. For Cypriots, it’s not uncommon for up to three generations to live in a single household or very close together.

While usually great for community cohesion, multi-generational households pose an extra risk during a pandemic.

“I also think the government may have done more to prevent it. If they had done the lockdown earlier then that may have prevented people from catching coronavirus,” he told the Sunday Mail.

“Right up until the middle of March you had football matches taking place [and] there was the Cheltenham festival with over 100,000 people.

He also pointed to the lockdown in Cyprus, recognising that it has been much stricter, but also more effective at reducing deaths.

Even if the lockdown had happened earlier than it did, however, that still doesn’t quite answer the question as to why it appears Cypriots are overrepresented amongst Covid-19 fatalities.

One assumption which has been made is that possibly the Cypriot community may be older than the average British population.

Even if this were true, data from the Office for National Statistics (ONS) in the UK has taken this into account.

The ONS’ “fully adjusted model” shows that black men are just under twice as likely to die and Chinese men 0.4 times more likely.

These puzzling figures are all the more confusing when taking into account that there is no specific “Cypriot” category, as there is say for Indians or Pakistanis.

So where do Cypriots fit into the government’s official figures? Well, it’s not exactly clear. Karaolis and Charalambous told the Sunday Mail that Cypriots often self-identify as either ‘White British’ or ‘White other’.

Karaolis said that the community is looking at ways to become better represented within the data – something which the pandemic has demonstrated a clear need for.

Another possible factor could be socio-economic living conditions of various minorities. The reasoning is that groups which are less well off are more likely to have underlying health conditions, such as diabetes.

The Cypriot community in Britain, however, is recognised as being generally quite successful – especially the second and third generation.

The work of Karaolis’ federation suggests that this is true.

They have teamed up with the Yianis Christodoulou Foundation and together have set up a support network for Cypriots in Britain. They help out the vulnerable, mostly the elderly, with the help of 55 volunteers who distribute food and medical goods to help tackle the virus.

There is also an extra little “pick-me-up” in the boxes, as there is traditional Cypriot food as well.

Funded by John Christodoulou, volunteers have been able to distribute food packages “to those most in need in our community across the UK”.

“Where there is a need we are helping, but we are not seeing 4,000 or 5,000 requests coming through. We have delivered so far about 500 food boxes,” Karaolis told the Sunday Mail.

On another positive note, he said that: “It has awoken something within the community which is really great to see.”

Fortunately for Cypriots, both in the UK and Cyprus, there is minimal – if any – abject poverty.

Experts across the globe are racing to crack the code of the virus. And yet, there is much which remains unknown. Why are some communities in Britain disproportionately represented in Covid-19 fatalities?

As far as the question remains unanswered – pending rigorous scientific inquiry – the issue has been raised.

The Department of Health and Social Care said: “It is critical we find out which groups are most at risk so we can take the right steps to protect them and minimise their risk.”

“We have commissioned Public Health England to better understand the different factors, such as ethnicity, obesity and geographical location that may influence the effects of the virus.”

It is unlikely that a genetic factor makes British Cypriots more prone to the worst effects of the virus given that no such factor has emerged in Cyprus itself, which has weathered the storm remarkably well – but it also cannot be disregarded until geneticists carry out further studies.

At the moment, the Cypriot community in Britain is in a state of shock. But as Charalambous told the New Statesman this week, “I think when there is a greater reflection as to what’s happened, there may well be questions asked about why things have happened the way they have, and why they’ve affected the community disproportionately.”

For many British Cypriots, now is understandably not the time for such questions. It is a time for grieving.