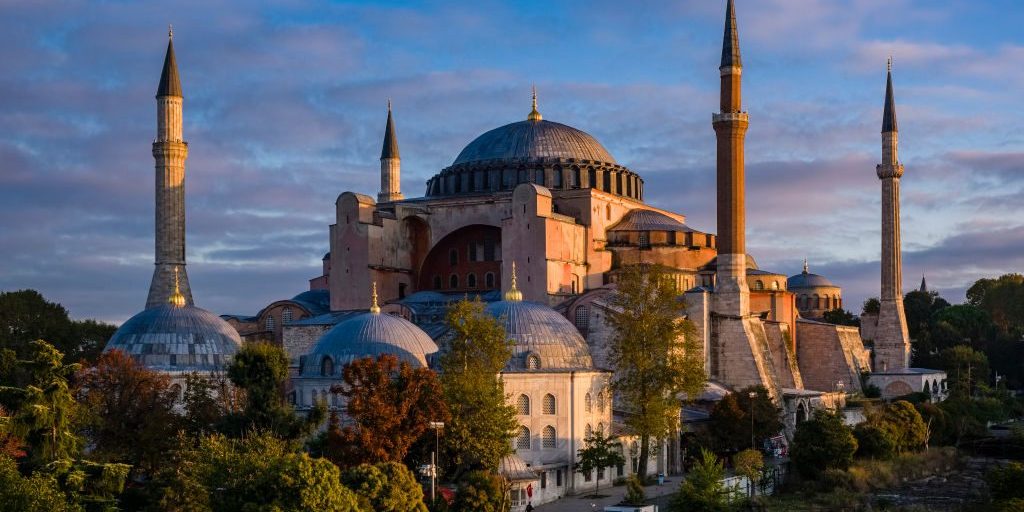 The National Federation of Cypriots in the UK has written to UK Foreign Secretary, Mr Dominic Raab, calling for the UK to take a “strong and principled stance” against the “divisive, tragic and wrong” decision to convert Hagia Sophia from a museum into a mosque. Hagia Sophia was the pre-eminent church of Christian Orthodoxy for over a thousand years and remains sacred to millions of Christians around the world. Hagia Sophia is widely recognised as one of the most iconic buildings in all human civilisation, something that is recognised by its status as a UNESCO World Heritage Site.

In the letter, the Federation’s President, Mr Christos Karaolis, highlighted that even during the COVID-19 pandemic, the Republic of Turkey has fostered division and worked to destabilise the Eastern Mediterranean region. He said, “President Erdogan’s latest jingoism and populism is an affront to all those who believe in peaceful coexistence in Turkey and the wider region. Whether in Turkey, in Cyprus, or across the Middle East, Turkey has consistently undermined the peaceful coexistence of people of differing faiths and backgrounds.”

Mr Karaolis highlighted the widespread condemnation of the international community in response to Turkey’s decision. “The Pope, the Ecumenical Patriarch of Constantinople, the Presidents of Churches Together in England, US Secretary of State Mike Pompeo, UNESCO, and numerous civil society leaders in Turkey have all criticised this decision by the Turkish authorities.” He also noted that the first Turkish Nobel laureate and renowned writer, Mr Orhan Pamuk, has said, “There are millions of secular Turks like me who are crying against this but their voices are not heard.”

Appealing to Her Majesty’s Government, Mr Karaolis said that the UK had been at the forefront of speaking up for the rights of Christian minorities around the world and he highlighted the FCO-initiated report into Christian persecution by the Bishop of Truro in 2018 as an example of UK leadership on this issue. He urged the UK to “make a clear statement about its values by taking a firm and unambiguous public stance” against Turkey’s decisions.