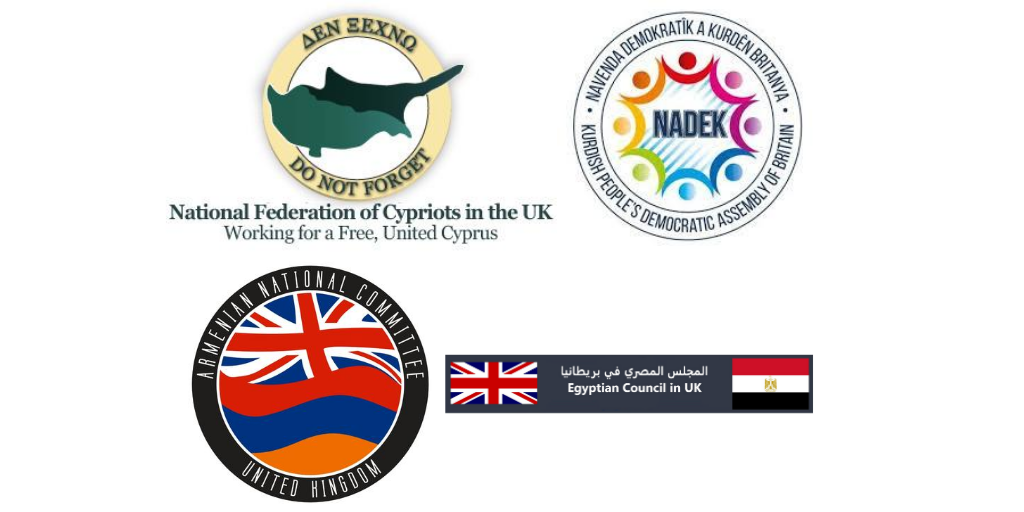 The leaders of the organised Cypriot, Armenian, Kurdish and Egyptian diasporas in the UK have written to Prime Minister Boris Johnson urging him to “incentivise” Ankara to end its destabilising actions in the Eastern Mediterranean as part of the ongoing UK-Turkey trade negotiations.

The communities, who have all felt the impact of Turkey’s authoritarianism and aggression, note that Turkey is increasingly a “destructive force” in the Eastern Mediterranean and wider region. The communities said that Turkey is causing regional instability, undermining UK interests and espousing principles contrary to Global Britain. The letter listed examples of Turkey’s actions, including:

The co-signatories highlight the concern that such actions cause and point to the decision by the UK Foreign Secretary not to grant new export licenses to Turkey for weapons which may be used in Syria.

While the letter acknowledges London’s positive foreign policy agenda through the new sanctions regime against individuals that are responsible for human rights violations, it comments that this agenda “makes the UK’s current absence from the Eastern Mediterranean, where it has historically had a very prominent role, all the more noticeable.”

The letter urges the Prime Minister to use the negotiations to play a “crucial role” in holding the Turkish government to account “with clear commitments and conditions as part of the UK-Turkey trade deal”.

Signatories
Christos Karaolis, President of the National Federation of Cypriots in the UK
Annette Moskofian, Chair of the Armenian National Committee UK
Turkan Ozcan, Chair of the Kurdish People’s Democratic Assembly of Britain
Mostafa Ragab, Chair of the Egyptian Council in the UK 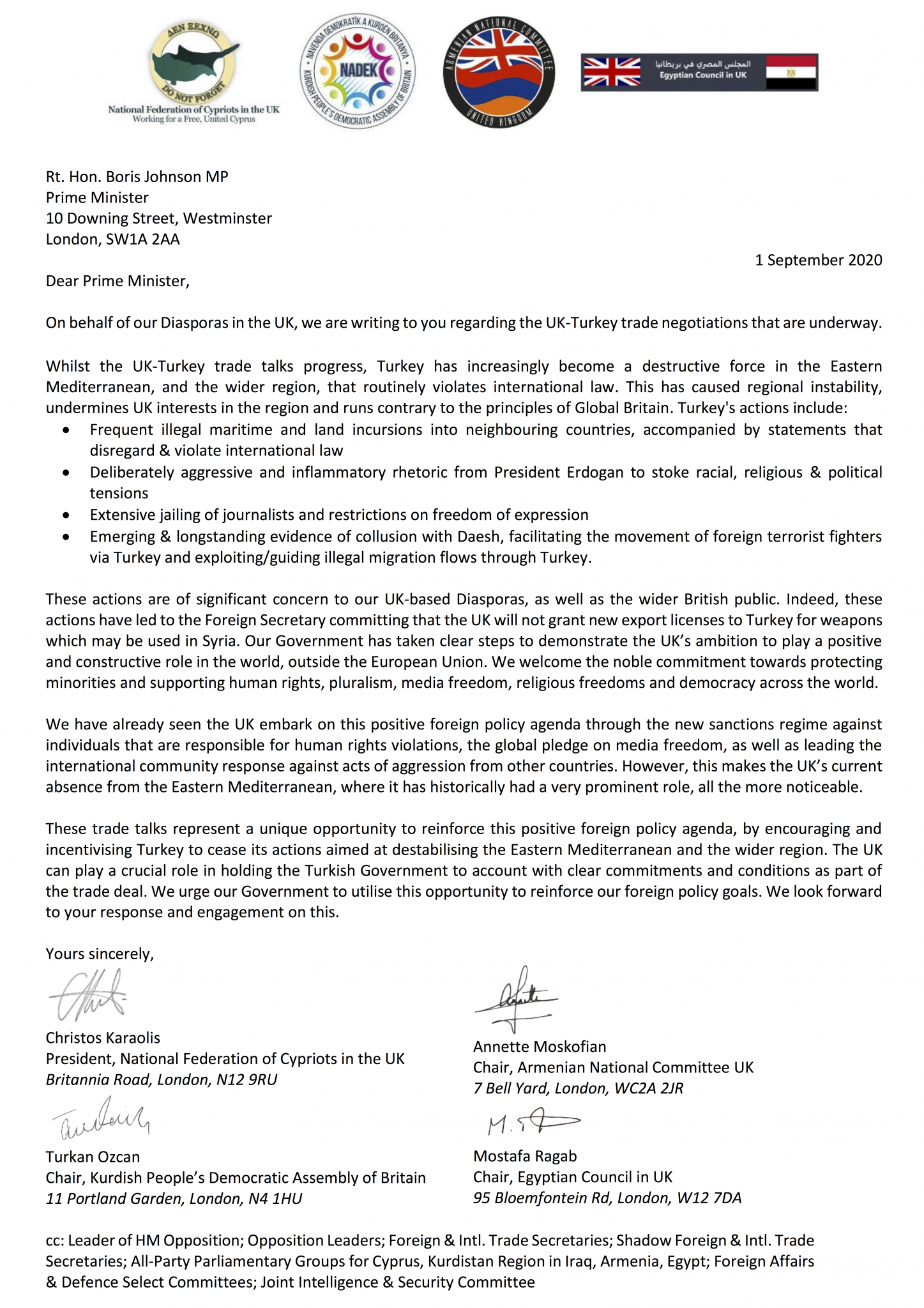