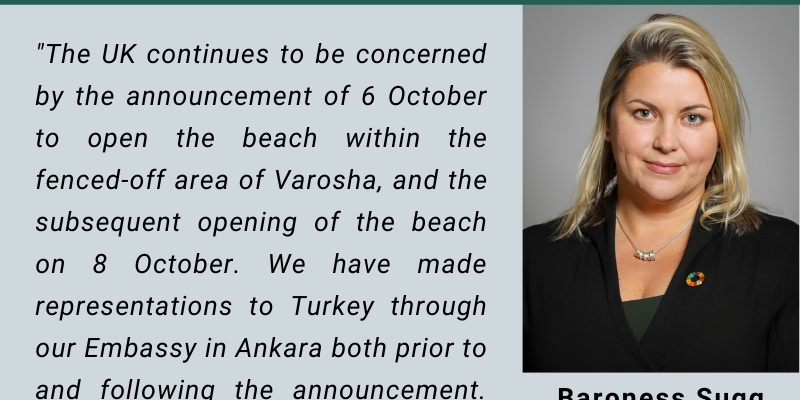 Lord Smith of Finsubry has asked the Foreign, Commonwealth & Development Office (FCDO) a question about Turkey’s illegal ‘opening’ of Varosi: “To ask Her Majesty’s Government what representations they have made to the government of Turkey about the opening of the Varosi beachfront in Cyprus; and what steps they intend to take to ensure that UN Resolutions 550, 789, and 2537 are upheld.”

In response, Baroness Sugg (Parliamentary Under-Secretary, FCDO) said: “The UK continues to be concerned by the announcement of 6 October to open the beach within the fenced-off area of Varosha, and the subsequent opening of the beach on 8 October. We have made representations to Turkey through our Embassy in Ankara both prior to and following the announcement. These have been reinforced by conversations held with the Turkish Representative at the UN in New York and with the Turkish Ambassador in London.