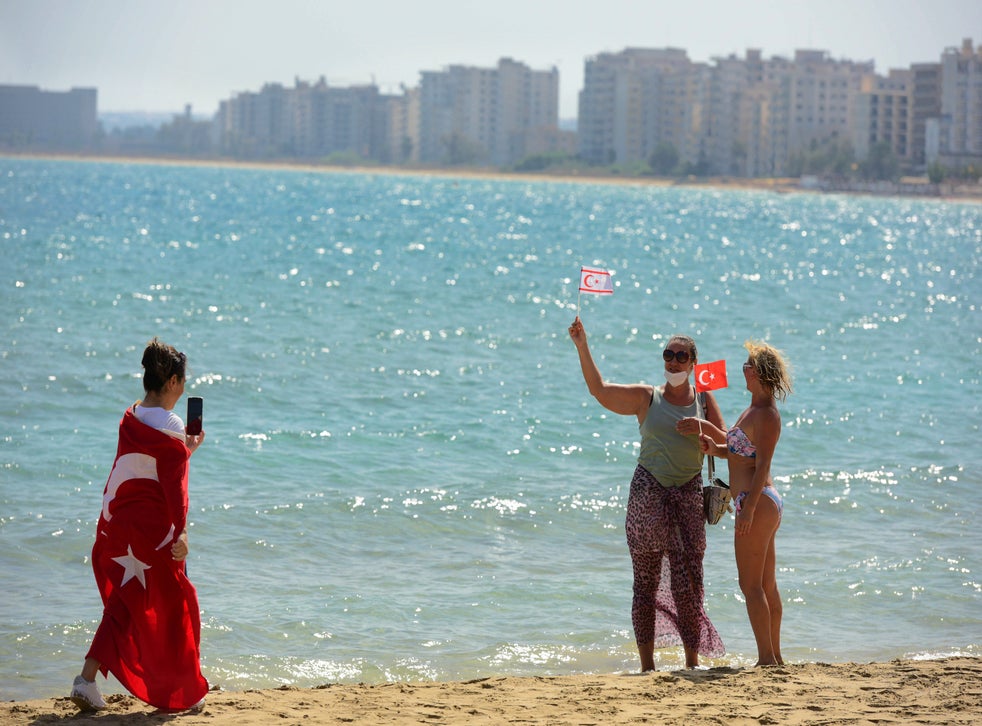 Click here to send our automated email to the Foreign Secretary

What is happening in Varosi?

Sadly, efforts over the years for the citizens of Famagusta to return to the city they were forcibly displaced from during the Turkish invasion in 1974, have been met with the refusal by Turkey and its illegal regime in the occupied part of Cyprus, despite numerous decisions by the UN to re-open the ghost town, namely, Security Council resolutions 550 (1984) and 789 (1992) and the High Level Agreement of 1979 between the Greek and Turkish Cypriot leaders.

A proposal was put forward by H.E. the President of the Republic of Cyprus, Mr Nicos Anastasiades in February 2019, to establish a Technical Committee on the Reconstruction and Resettlement of the fenced area of Varosi with international and Greek and Turkish Cypriot experts. This Committee would evaluate the situation of properties in Varosi so that the legitimate residents may return safely to their city once the technical work is completed. This proposal, was resubmitted to the UN Secretary General in August 2020. The UN Secretary General has also recently launched efforts to restart negotiations to reunite Cyprus.

Instead of engaging constructively in proposals on Varosi, or the UN Secretary General’s efforts to reunite Cyprus. Turkey has decided to illegally re-open a beach area in Varosha, in breach on UN Security Council Resolutions.

In February this year, the Turkish Vice President Oktay, whilst participating in a roundtable in the occupied area on reopening the ghost town, stated that Varosi belongs to the secessionist regime and it should open under its administration. Similar statements have been made by President Erdogan’s Spokesman Ibrahim Kalin. This was followed in August, with a statement from Ersin Tatar, the self-proclaimed ‘prime minister’ of the occupation regime, who reiterated the plans to re-open the ghost town adding that he was “confident about Turkey’s support”, following a meeting with President Erdoğan.

Unfortunately, these statements of intent have been underestimated, at the very least, or worse, ignored by the International community. On 6th October, in Ankara, President Erdogan and Mr Tatar announced the opening of the Varosi beachfront. The beach was opened on 8th October in violation of UN Security Council Resolutions, 550, 789 and 2537.

What has been the response of the UK and UN?

The UK Government has consistently reaffirmed its support for the relevant United Nations Security Council resolutions, particularly 550 (1984), 789 (1992) and 2537 (2020) and made clear its concerns regarding Varosi to Turkish Officials.

On 9th October, the United Nations Security Council, of which the UK is a Permanent Member, released a President’s Statement which:
reaffirmed the status of Varosi as set out in previous resolutions,
Expressed deep concern regarding announcement in Ankara on 6 Oct. to open coastline, and
Called for the reversal of this course of action

We welcome these clear statements of solidarity and support. Now, we need to ensure that they are implemented.

What should be done?

The United Kingdom has led the international response to other acts of aggression and recently introduced a new sanctions regime against individuals that are responsible for human rights violations.

Moreover, the United Kingdom is a permanent member of the Security Council and a Guarantor Power of the Republic of Cyprus. Therefore it has a special obligation to ensure that the UN Security Council statement of 9th October, as well as all UN Resolutions pertaining to Cyprus, are implemented. In doing so, the UK, should be willing to consider all measures and actions.

We have created a user-friendly email template (which you can amend), on our website (www.cypriotfederation.org.uk/varosi), allowing you to email the Secretary of State for Foreign, Commonwealth and Development Affairs in just 30 seconds. The email urges him to you to consider all measures and actions available to the UK, to ensure that International Law is upheld and that statements & resolutions of the UN Security Council, relating to Cyprus, are implemented.