APPG for Cyprus briefing on latest developments in Cyprus 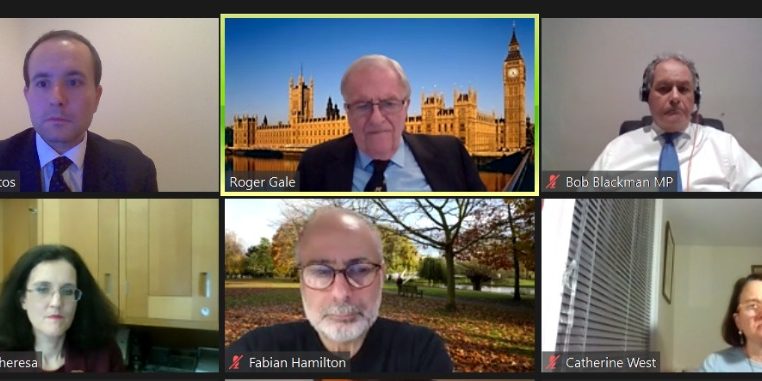 On Monday 9th November, the All-Party Parliamentary Group (APPG) for Cyprus were briefed on the latest developments in Cyprus by H.E. the High Commissioner of the Republic of Cyprus to the UK, Mr Andreas Kakouris. The briefing was organised by the National Federation of Cypriots in the UK, the Secretariat for the APPG.

The High Commissioner provided a detailed update covering the Cyprus issue, Turkey’s illegal ‘opening’ of Varosi beachfront and coastal roads, as well as Turkey’s latest provocations in Cyprus’s Exclusive Economic Zone (EEZ). He also gave an update on the prospects for the resumption of negotiations and emphasised that a solution must be based on the relevant UN Resolutions and the agreed framework – namely a bi-zonal, bi-communal federation.

Following the High Commissioner’s briefing, MPs had the opportunity to discuss the recent developments and ask the High Commissioner more detailed questions about specific issues. There was also a discussion about the implications of the recent US Presidential Election on the Cyprus issue and MPs highlighted President-Elect Joe Biden’s longstanding support for Cyprus.