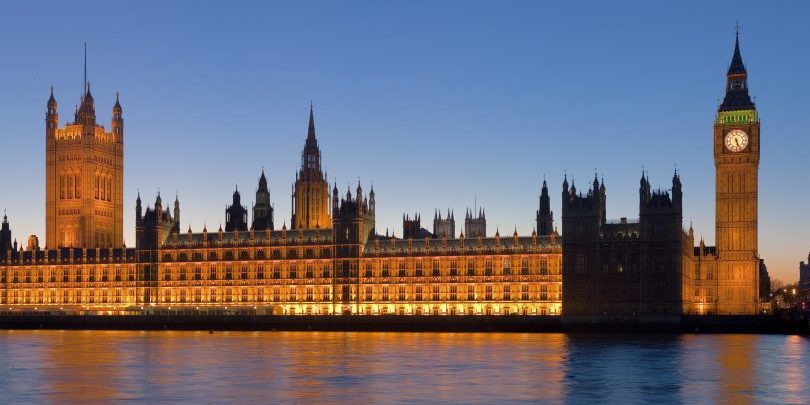 MPs from the two main British parties have condemned the illegal Unilateral Declaration of Independence of the ‘Turkish Republic of Northern Cyprus’ on its 37th anniversary in video messages issued through the National Federation of Cypriots in the UK.
Watch Sir Roger Gale MP’s message here
Watch Fabian Hamilton MP’s message here
Conservative MP and Chair of the All-Party Parliamentary Group for Cyprus Sir Roger Gale says in his message that what became known, “wholly wrongly” as ‘TRNC’ is a unit that “does not exist in international law and is recognised only by Turkey.”
He underlines Turkey’s occupation and settlement of the northern part of Cyprus for the last 46 years and also highlights Ankara’s provocations in the Cypriot Exclusive Economic Zone and Varosha. He comments that Varosha “has always been held up as a beacon of hope and a symbol of a stepping stone towards the reunification of the island.”
He concludes by saying that the friends of Cyprus in the House of Commons and in the House of Lords believe that the time has come for a fair settlement, that the UK Government shares that view and adds: “We will not rest until that settlement is achieved.”
The Labour Party’s Shadow Minister for Peace and Disarmament refers to a “dark anniversary” and states in his video for the Federation that “recognition of a regime of occupation is inconsistent with the UK’s treaty obligations” towards Cyprus.
He urges on behalf of the Labour Party the Turkish Cypriot leader Ersin Tatar and Turkish President Erdogan “to commit to a meaningful dialogue so that the bizonal bicommunal federation can be reached.”
He says it’s clear that any solution should be based on the relevant Security Council resolution and the and agreements between the parties, and notes that the key issue now is to resume negotiations as soon as possible.
In this vain, he urges all parties to avoid any provocative or escalatory actions, which include Turkey reversing its actions on Varosha as the Security Council has called for, as well as Turkey showing full respect for the international maritime law. This means bringing drilling in the EEZ of the Republic of Cyprus to an immediate halt, stresses Mr Hamilton.
Lastly, he assures of the continuing support for the Labour Party for the reunification of Cyprus to the interest of all Cypriot people.
Thanasis Gavos (Cyprus News Agency)
Recent Posts
Upcoming Events