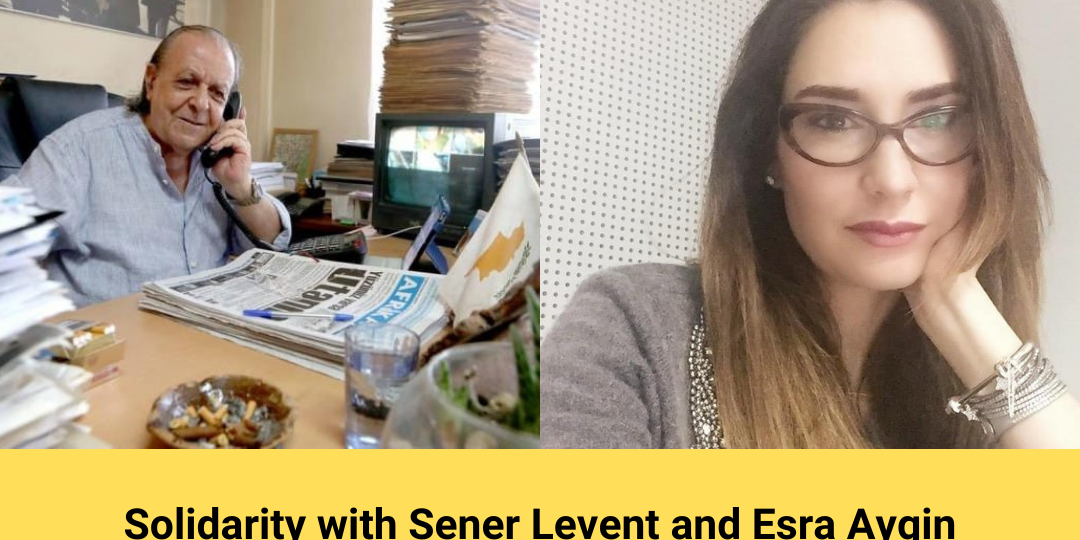 The National Federation of Cypriots in the UK expresses its solidarity with Turkish Cypriot journalists Sener Levent and Esra Aygin following dangerous and unacceptable attempts to stifle their freedom of speech. We strongly condemn the criminal charges that the Republic of Turkey is pursuing against Sener Levent, and call on Turkey to drop their spurious extradition attempt.

Turkey is seeking to prosecute Sener Levent for “insulting” President Erdogan following articles that Levent has written about President Erdogan’s increasingly aggressive and authoritarian policies. Levent is a brave, experienced and highly respected journalist who was awarded the European Citizens’ Prize in 2018. He has frequently been the victim of attacks aimed at stifling his freedom of speech. Almost exactly two years ago, President Erdogan incited a mob to “give the necessary response” and attack Levent’s newspaper for describing Turkey’s invasion of northern Syria as a “second invasion by Turkey” – the first being its invasion of Cyprus in 1974.

We express our full support to Sener Levent who, as a citizen of the European Union, has a fundamental right to freedom of expression. We want to see the charges and extradition attempt dropped. We urge the European Union to intervene and protect its citizen’s freedom of expression and freedom of the press. Given the UK’s global role in defending media freedom, we also urge the Secretary of State for Foreign, Commonwealth and Development Affairs to speak with his Turkish counterpart and call on Turkey to drop these charges.

In another attack on the freedom of speech of a Turkish Cypriot journalist, Esra Aygin is facing death threats from supporters of Turkish Cypriot leader, Ersin Tatar, following her criticism of Tatar’s refusal to accept COVID vaccines from the EU via the Republic of Cyprus. Tatar described Esra Aygin’s remarks as “cheap and undignified”, which launched a wave of personal attacks against her.