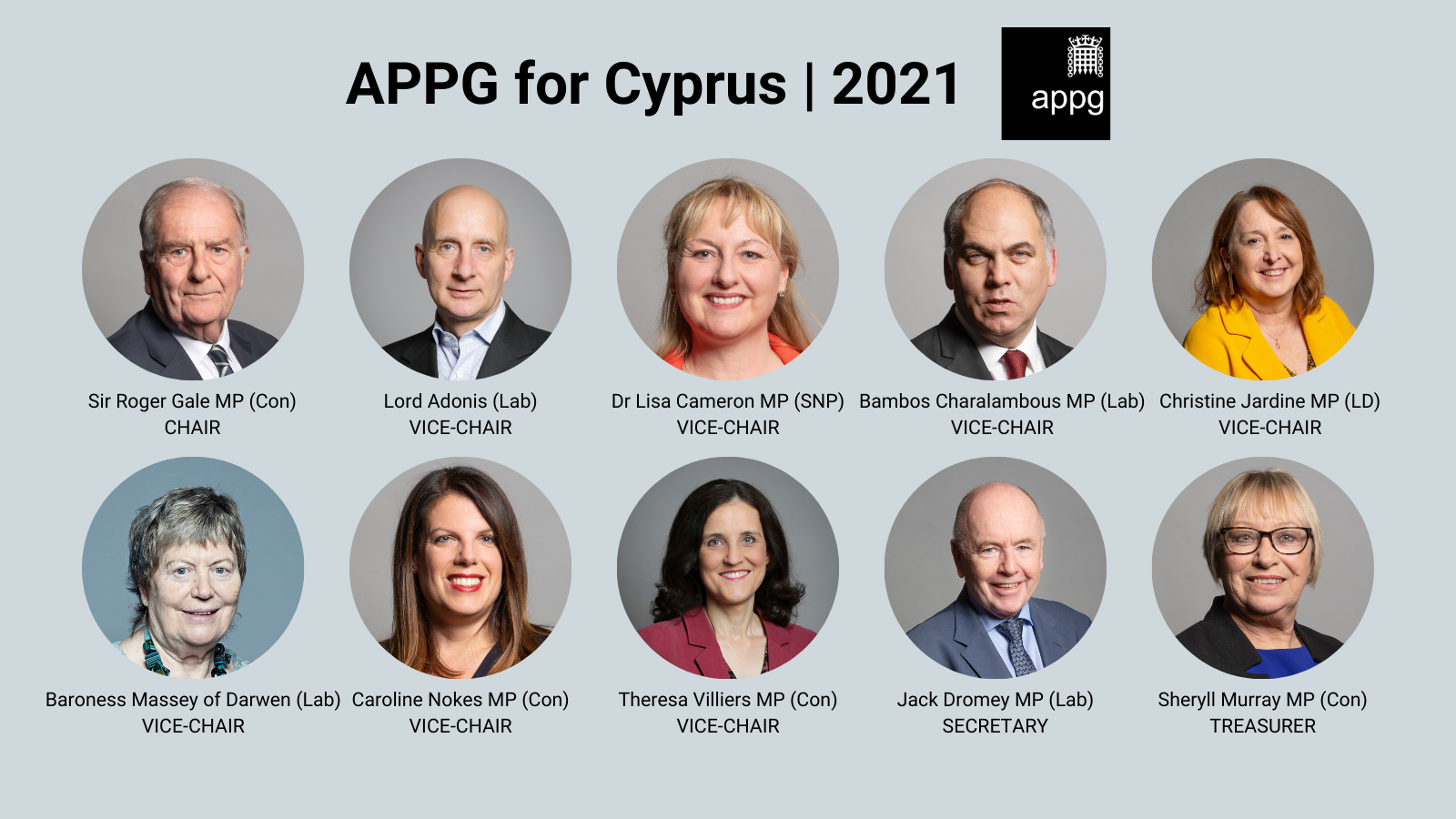 On the evening of Monday 22nd March, the All-Party Parliamentary Group for Cyprus held its 2021 Annual General Meeting. Sir Roger Gale MP was re-elected as Chair and will serve alongside a strong cross-party team of parliamentarians (see full list below).

Throughout the meeting, the APPG for Cyprus expressed its strong support for a solution to the Cyprus issue that reunifies the island on the basis of a bi-zonal, bi-communal federation, in line with the relevant United Nations Security Council resolutions. The National Federation of Cypriots in the UK provides the Secretariat for the APPG for Cyprus, and at the outset of the AGM, Sir Roger Gale thanked the Federation for its continued support.

Following the elections, H.E. the High Commissioner of the Republic of Cyprus, Mr Andreas Kakouris, joined the online meeting to provide an update to parliamentarians on the latest developments on the Cyprus issue, with an emphasis on the upcoming informal 5+UN meeting on Cyprus scheduled for the end of April, at which the UK will be present.

High Commissioner Kakouris said that he hopes that the upcoming informal meeting on Cyprus will see positive steps taken towards the reunification of Cyprus in line with international law, UN Security Council resolutions and European Union principles. However, he informed MPs that Turkey is now publicly advocating for the permanent partition of Cyprus, instead of reunification. Despite this, Mr Kakouris explained that, “the international community’s position [on the Cyprus issue] has not changed: that Cyprus must be reunited as a bi-zonal, bi-communal federation.”

The MPs had the opportunity to ask the High Commissioner questions about the latest developments with several topics discussed, including the illegal ‘opening’ of Varosha by Turkey and attempts at recognition of the illegal regime in the occupied area of Cyprus. On Varosha, the High Commissioner said, “unfortunately, nothing has happened to reverse the illegal actions in Varosha”. Sir Roger Gale MP said that it was vital that the international community did more because “the illegal opening of Varosha emboldens Turkey and other authoritarian actors around the world.”

The new composition of the APPG for Cyprus is as follows:

More information on the APPG for Cyprus at: www.cypriotfederation.org.uk/appgforcyprus