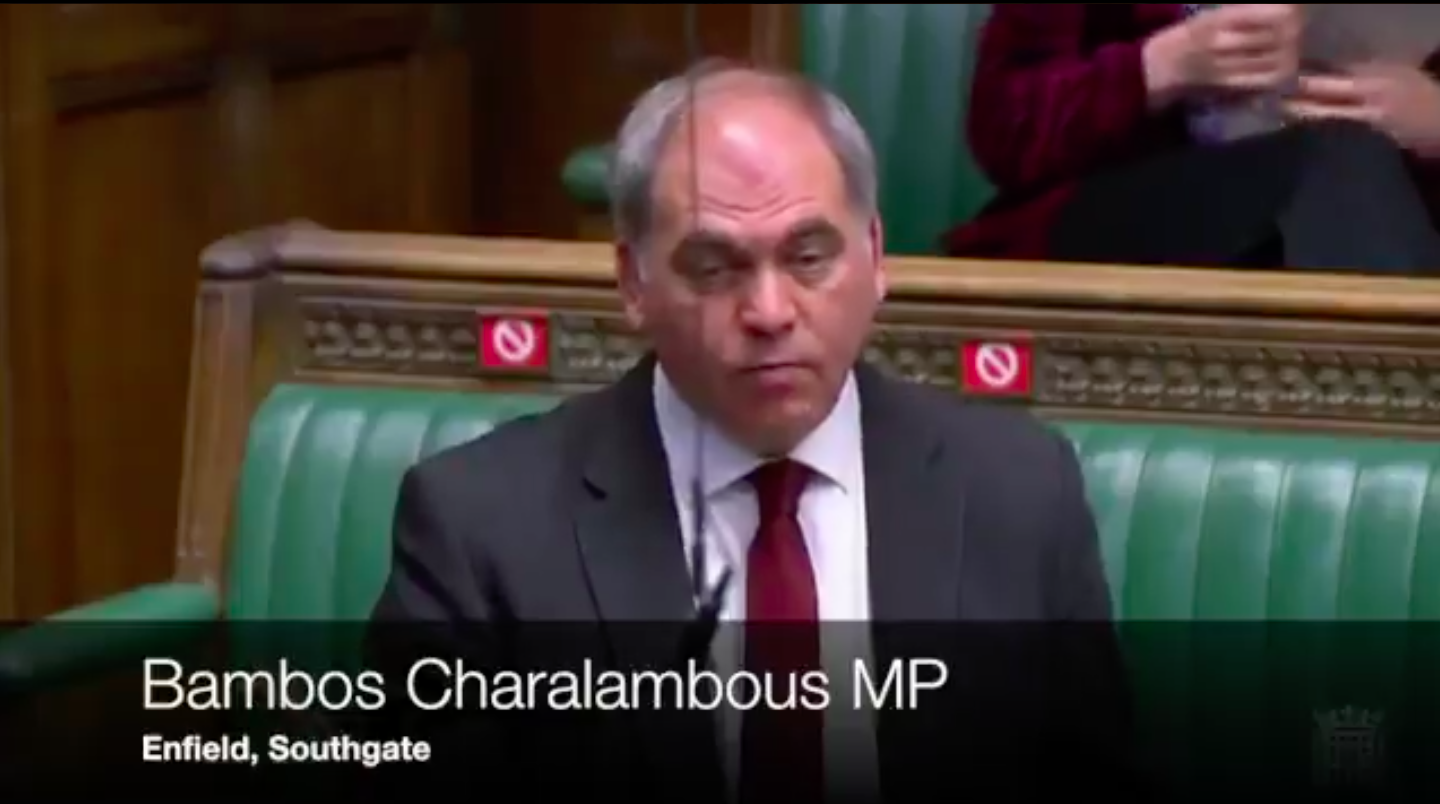 On Tuesday 2nd March, Bambos Charalambous MP, Enfield Southgate, asked Foreign Secretary Dominic Raab to “confirm the Government’s commitment to a bi-zonal, bi-communal federation” as the basis for a solution to the Cyprus issue.
The Foreign Secretary responded in the House of Commons, “that is of course the starting point”.
Later that afternoon, the British Government confirmed to the National Federation of Cypriots in UK that “UK policy with regard to Cyprus Settlement remains unchanged: we continue to support a comprehensive, just and lasting settlement of the Cyprus issue, based on the internationally accepted model of a bi-zonal, bi-communal federation with political equality as set out in relevant Security Council Resolutions. The UK continues to urge the parties to approach informal talks in the spirit of flexibility and compromise”.
On Wednesday 3rd March, Sir Roger Gale MP, Chair of the All Party Parliamentary Group for Cyprus welcomed the British Government’s confirmation and said that “there is only one viable solution to the future of Cyprus and that is the one endorsed by the UN Security Council and every country, other than Turkey. It is one that we have always worked for and continue to work to realise.”
Recent Posts
Upcoming Events