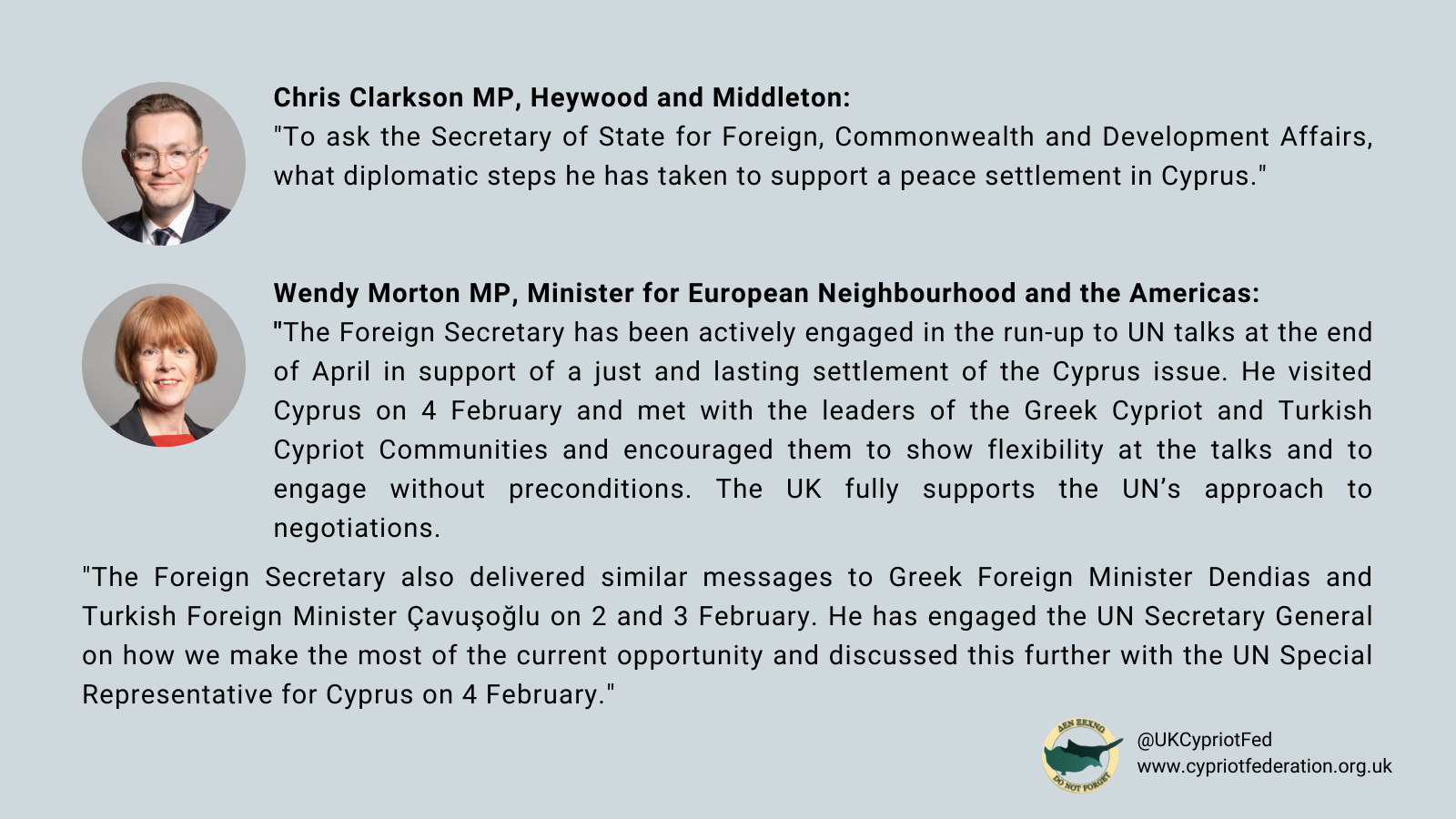 Chris Clarkson MP, Heywood and Middleton, submitted a question to the Foreign Secretary earlier this week: “…what diplomatic steps he has taken to support a peace settlement in Cyprus.”

The Government responded to Mr Clarkson via Wendy Morton MP, Minister for European Neighbourhood and the Americas. Ms Morton said:

“The Foreign Secretary has been actively engaged in the run-up to UN talks at the end of April in support of a just and lasting settlement of the Cyprus issue. He visited Cyprus on 4 February and met with the leaders of the Greek Cypriot and Turkish Cypriot Communities and encouraged them to show flexibility at the talks and to engage without preconditions. The UK fully supports the UN’s approach to negotiations.

“The Foreign Secretary also delivered similar messages to Greek Foreign Minister Dendias and Turkish Foreign Minister Çavuşoğlu on 2 and 3 February. He has engaged the UN Secretary General on how we make the most of the current opportunity and discussed this further with the UN Special Representative for Cyprus on 4 February.”

Thank you @ChrisClarksonMP for asking @FCDOGovUK about their diplomatic steps to support a solution to the Cyprus issue. Minister @morton_wendy responded on behalf of the Government ? pic.twitter.com/fmByObF3ZF

— National Federation of Cypriots in the UK (@UKCypriotFed) March 4, 2021