Response of the Federation’s President to recent comments by Jack Straw re. Cyprus 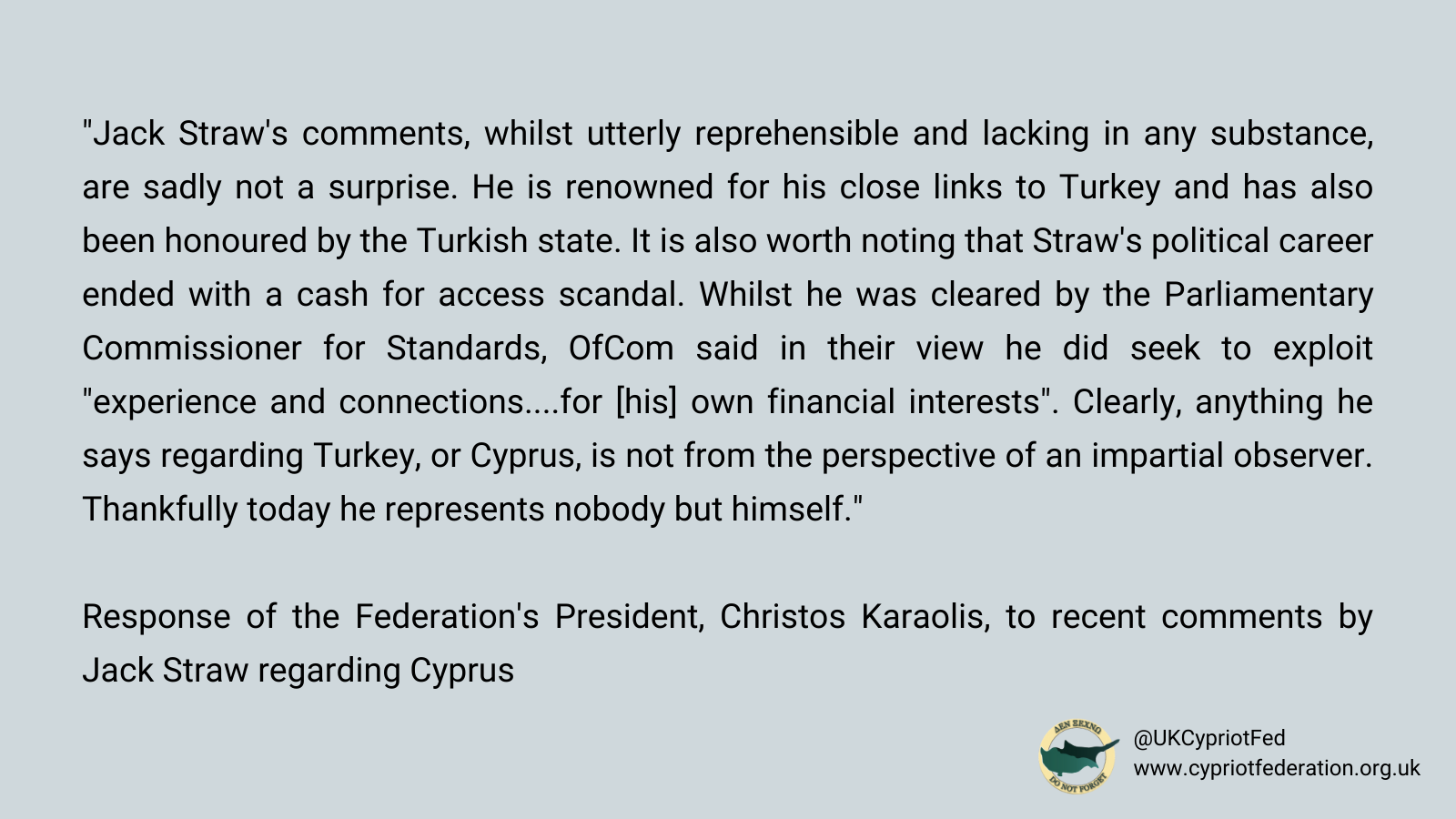 Response of the Federation’s President, Christos Karaolis, to recent comments by Jack Straw regarding Cyprus:

“Jack Straw’s comments, whilst utterly reprehensible and lacking in any substance, are sadly not a surprise. He is renowned for his close links to Turkey and has also been honoured by the Turkish state. It is also worth noting that Straw’s political career ended with a cash for access scandal. Whilst he was cleared by the Parliamentary Commissioner for Standards, OfCom said in their view he did seek to exploit “experience and connections….for [his] own financial interests”. Clearly, anything he says regarding Turkey, or Cyprus, is not from the perspective of an impartial observer. Thankfully today he represents nobody but himself.”