In conversation with Theo Paphitis 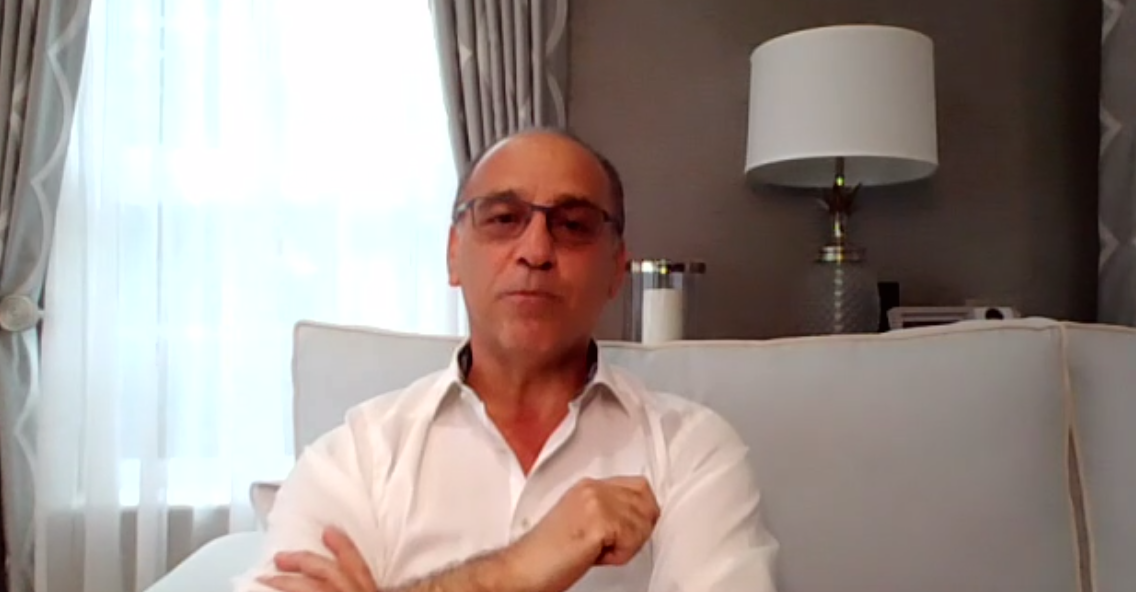 The interview is available to view here: https://youtu.be/9OK6Nr0TQEg

Christos Karaolis began the interview with a brief outline of Theo Paphitis’ life and career. Theo moved from Cyprus to the UK when he was very young and left school at the age of 16 with no qualifications due to his dyslexia. He then began work as a teaboy and filing clerk in a Lloyds of London brokerage. His Theo Paphitis Retail Group now encompasses Ryman Stationery, Robert Dyas, Boux Avenue and London Graphic Centre, acquired in 2016. The combined group comprises over 330 stores and 4,000 employees who serve over 28 million customers a year. Theo Paphitis has also been one of the dragons on BBC’s Dragons’ Den and was chairman of Millwall FC from 1997-2005.

Moving from Cyprus to the UK

Theo was born in 1959 in Limassol, Cyprus and moved to the UK with his parents and siblings in the early 1960s, making the journey by boat and by train. His family settled in the Gorton area of Manchester, and Theo only knew a few English words at the time of his arrival in the country. He explained that it was a tough area to grow up in but that he has maintained a fondness of it and has since helped with local initiatives.

After a few years in Manchester, his family moved to north London, and he spent the rest of his childhood there.

Theo explained that he really struggled at school and didn’t do well academically. Later, he was diagnosed with dyslexia but there was very little understanding of the learning disorder whilst he was at school, and he was simply placed in the lowest sets. Theo explained how fortunately, a cover teacher connected with Theo and took an interest in his progress. He asked Theo to take extra tests and then moved Theo to more advanced classes where he was challenged more appropriately.

His first real work experience was as a teaboy for Lloyd’s of London, making tea for the brokers in the office every morning and then filing documents all afternoon. Due to his dyslexia, he really struggled with filing and realised that he had to approach tasks that other people may have found simple with a lot more creativity.

When asked about who inspired him as he was growing up, Theo said that his main role models were the people he met in person, rather than celebrities, such as his manager, colleagues, his own parents, as well as his friends’ parents.

Asked about the secret to his success, Theo said that the most important thing is “passion and desire”. He said that everything he has done in his career has been a product of his passion. He also credited the “fantastic” people he has worked with over the years. He said that his success in turning around failing businesses was all about “listening, understanding, and doing the details – there’s no quick win”.

On a similar note, he said that his advice to young people starting out in their working life or thinking about their careers is to “find something that you are passionate about”.

Theo said that he is an “archetypal shopkeeper” whose favourite pastime is to speak to customers, employees, and managers of other shops to learn and understand as much as he can. He said that “the high street is not dead, and it isn’t going to die”. He said that online shopping has become much more prominent, however, the easing of COVID-19 restrictions has shown how much people value physically going into shops. He also called for a modernisation of the UK tax system to ease the burden on small businesses, but to also ensure that the tax system better deals with those making lots of money online.

Theo was also asked about his Small Business Sunday (SBS) initiative that sees him ‘retweet’ six small businesses each week. Theo explained that SBS was born out of his passion for small businesses and a realisation about how helpful his social media reach could be for small businesses, so he decided to help give them a boost through exposure. He said that SBS has grown to become a network of over 3,000 small businesses that help each other out and have organised conferences together.

He also spoke about just how important small businesses are to the UK economy, making up around half of UK GDP. However, he said that more support should be given to small businesses and that half of all small businesses fail in the first two years. He, therefore, emphasised the importance of cashflow when starting a new business, saying that a common mistake that people make is prioritising profit over cashflow. He also encouraged people not to seek early start-up investment from “Friends, Fools or Family”, but instead to seek out people that will truly challenge their business idea.

Theo said that he didn’t know what to expect when he signed up for Dragons’ Den, but he loved his time on the show and revealed that he is going to returning to the programme this Sunday evening. He said that Dragons’ Den showed the public that business is primarily about common sense and doesn’t have to be complicated. Theo said he learned so much from his time on the programme and feels that it inspired many entrepreneurs across Britain.

He also discussed his time as chairman of Millwall FC between 1997-2005. During his stint as Chairman, Millwall were promoted from the third division to the championship, reached a FA Cup final, and even qualified for European football for the first time in their history. Theo said that despite being a Manchester United fan, he started going to watch Millwall FC when he moved in with his future wife near their ground in south London. Later in life he was approached when the club were in administration and told that they were about to be completely shut down as a club. His passion inspired him to help out and he became chairman of the club. He guided them out of administration and to a remarkably successful period in the club’s history.

Asked about his feelings towards his Cypriot identity and heritage, Theo said that he was incredibly proud of being Cypriot. He said that Cypriots are smart, hardworking, sharp and passionate – “maybe too passionate at times”. Theo added, “there isn’t another nation that is as generous as us [Cypriots]”. He also said that he thinks “Cypriots punch above our weight but we can punch even higher”.

The High Commissioner of the Republic of Cyprus in the UK, Mr Andreas Kakouris, closed the event by thanking Theo Paphitis for sharing his story and also highlighted how his passion stands out in everything he says and does. He also acknowledged how difficult it must have been for Theo to struggle at school and said that, as the High Commissioner for Cyprus, he’s incredibly proud of Theo’s achievements. 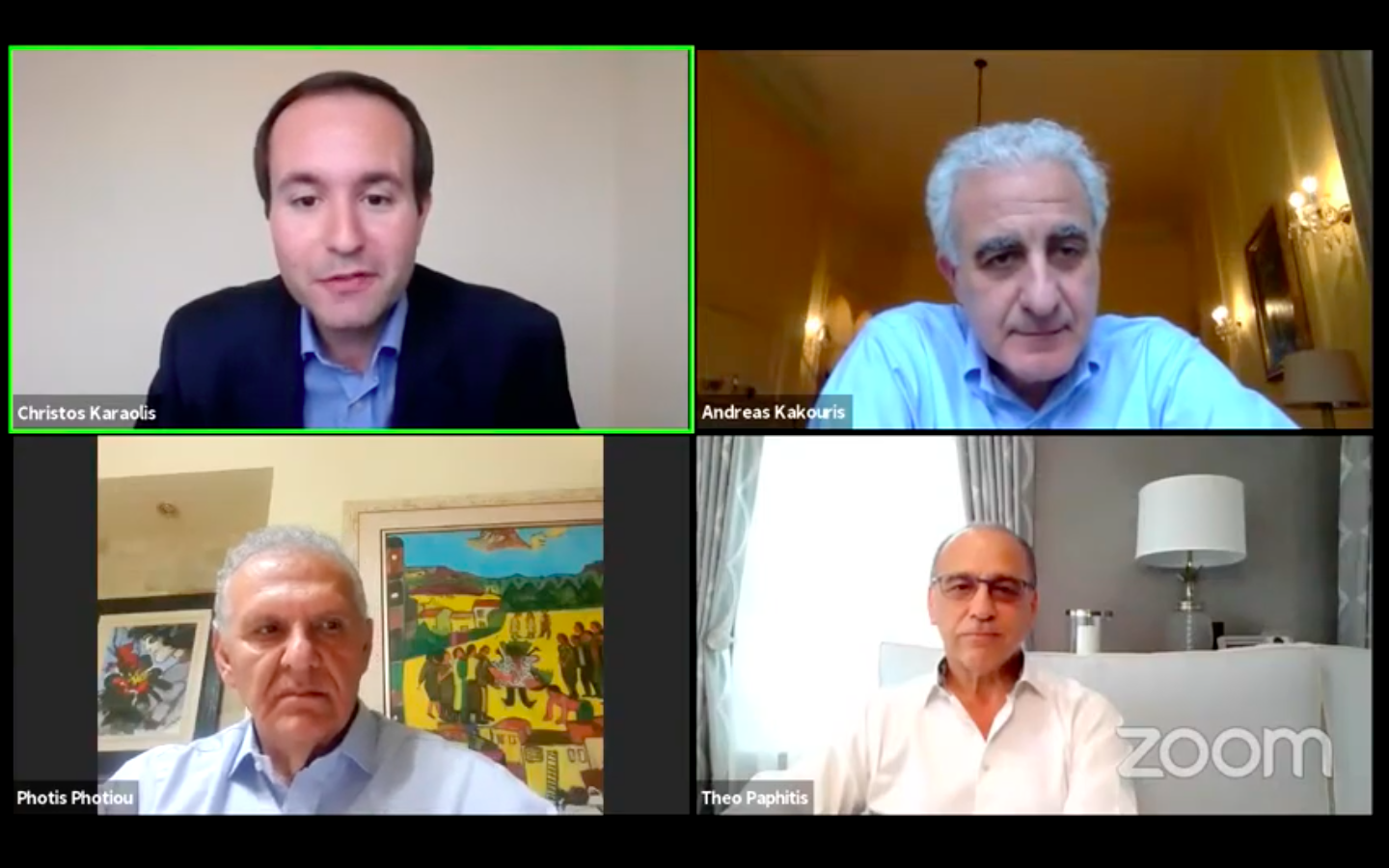