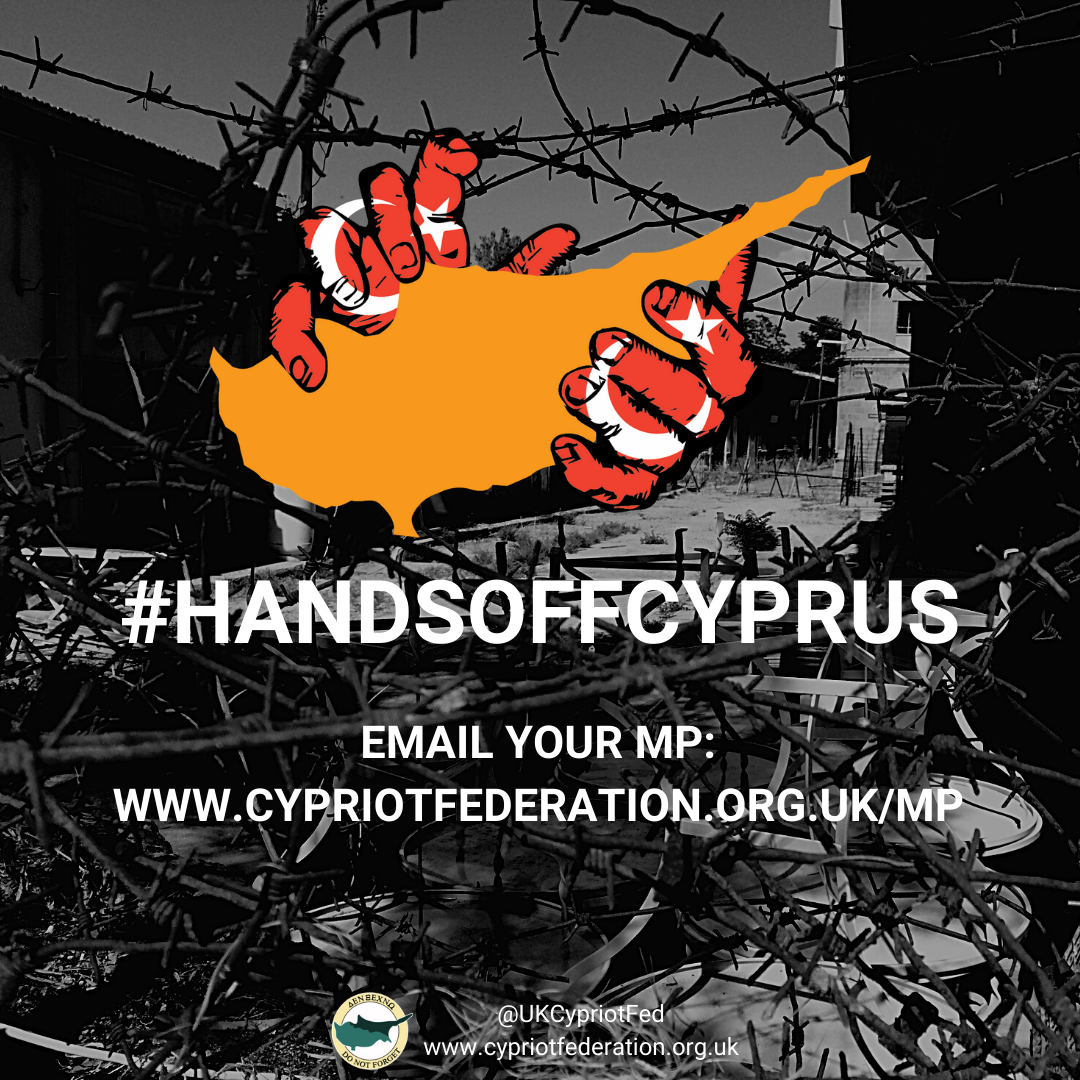 This July marks 47 years since Turkey illegally invaded and occupied over a third of Cyprus. Now, Turkey is actively pushing for the permanent partition of the island. Cyprus needs all the support it can get from the UK, especially from Members of Parliament. You can help ensure that your local MP is speaking up for Cyprus and opposing Turkey’s partition plans. Click the button below to email your MP, it takes less than 30 seconds. It’s time that Turkey finally takes its #HandsOffCyprus.

The recent informal 5+UN meeting on Cyprus in Geneva at the end of April, concluded with “not yet enough common ground for the resumption of negotiations”, in the words of the United Nations Secretary General (UNSG). During his final comments at the informal meeting, the UNSG outlined that the Greek Cypriot position was for reunification “based on a bi-zonal, bi-communal federation with political equality on the basis of relevant United Nations Security Council resolutions”. He said that the Turkish Cypriot position was “two states cooperating with each other”. In fact, just several weeks ago President Erdogan of Turkey said about Cyprus, “there is no longer any solution but a two-state solution”.

Despite Turkey’s partition plans, the UN Secretary General said that he would not give up on efforts to reach a solution to the Cyprus issue. He said that he will “fight for the security and wellbeing of Cypriots… who deserve to live in peace and prosperity together.”

Our message is simple: reunification in line with UN resolutions is the only solution for Cyprus to end Turkey’s ongoing occupation. We want peace not partition.

Turkey’s push for permanent partition comes just months after the illegal ‘opening’ of part of the Varosi beachfront, as well as Turkey’s illegal attempts to drill for hydrocarbons in the Republic of Cyprus’ Exclusive Economic Zone (EEZ).

British MPs, must speak out against Turkey’s illegal actions against Cyprus. They, and the UK Government, must unequivocally tell Turkey to take its #HandsOffCyprus.

We have created a user-friendly email template (which you can amend), on our website (www.cypriotfederation.org.uk/mp), allowing you to automatically email your local MP in just 30 seconds. The email urges your MP to speak up for Cyprus, advocate for reunification and oppose partition.