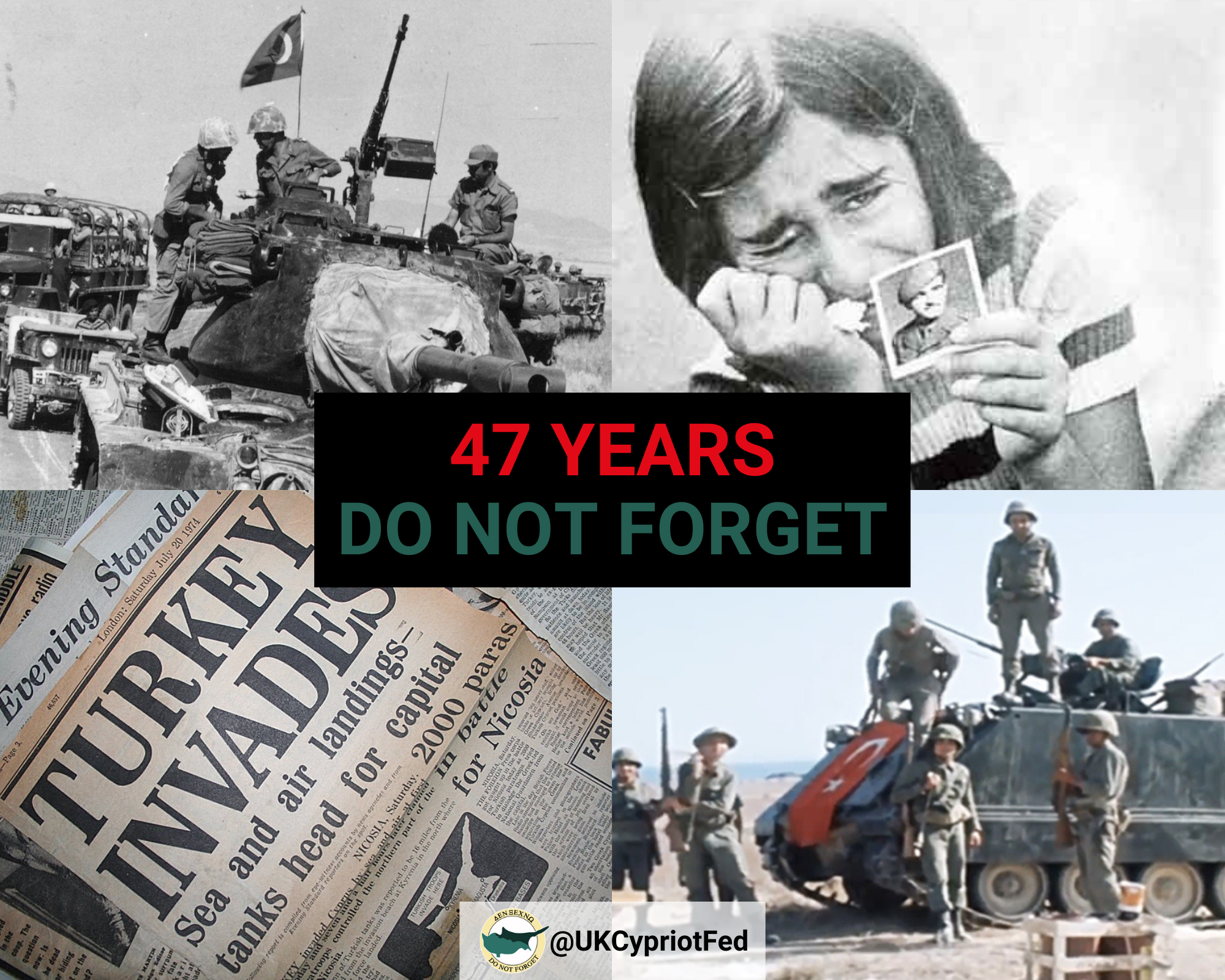 On 20th July 1974, Turkey launched its pre-planned illegal invasion of Cyprus. The first wave of the invasion began on 20th July and the second wave came just a few weeks later on 14th August. 47 years later, Turkey continues to occupy over 36% of Cyprus, dividing the island and its people. The invasion came just days after an illegal coup d’etat by the military junta of Greece and EOKA-B on 15th July. Cypriots still suffer the tragic consequences of the invasion, including:

On this sad occasion, Christos Karaolis, President of the National Federation of Cypriots in the UK, commented:

“As another tragic year passes, I assure you that we will never give up our campaign for a free, united Cyprus and for the end of Turkey’s occupation. For 47 years, Turkey has violated international law, countless United Nations resolutions, the human rights of Cypriots, and the sovereignty of the Republic of Cyprus. As we have done for 47 years, the National Federation of Cypriots in the UK will continue to lead the UK Cypriot community’s united campaign for the reunification of Cyprus and the end of Turkey’s occupation.”

The Federation has written to Prime Minister Boris Johnson on this tragic anniversary urging the UK Government to support principled positions in relation to Cyprus, emphasising the “critical role” that the UK Government has to play in persuading Turkey to engage constructively in the next informal meeting and to drop its demands for partition. In addition, the letter also asked the Prime Minister to use Britain’s position as a permanent member of the UN Security Council to ensure that all resolutions on Varosha are fully implemented and to ensure that there is “clear action and consequences from the international community” for Turkey’s violation of these resolutions.

Read our letter to the Prime Minister