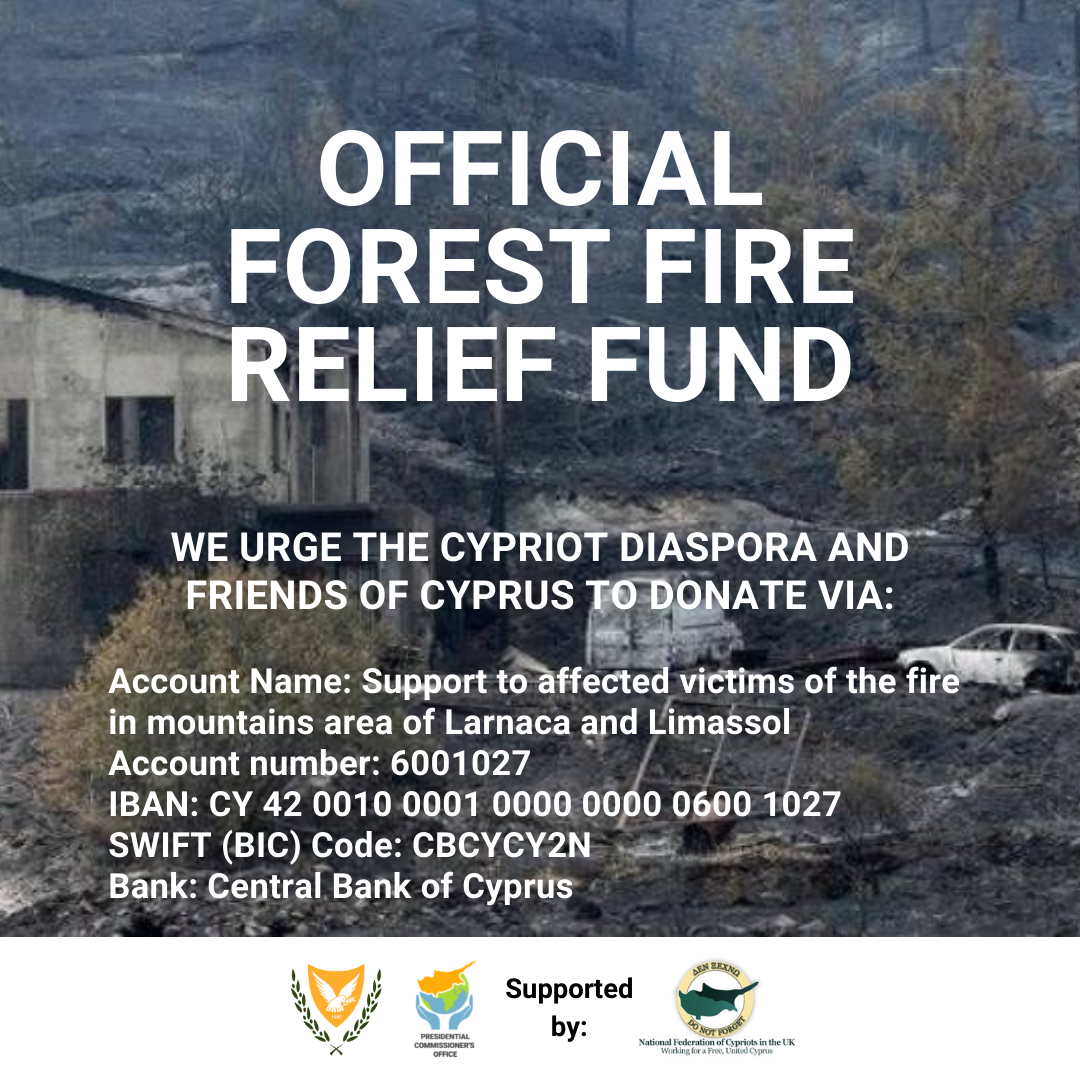 The President of the Republic of Cyprus, Nicos Anastasiades has given instructions for an account to be opened in the Central Bank of Cyprus for individuals to make donations for the relief effort, following this weekend’s tragic forest fire.

The fire broke out on Saturday afternoon in Arakapas and swept through the surrounding villages in Limassol and Larnaca district, as the country grappled with a blistering heatwave. The blaze killed four workers, destroyed 50 homes, damaged farms and power lines, and forced the evacuation of 10 villages. More than 20 sq miles of forest and farmland has been destroyed.

Presidential Commissioner, Mr Photis Photiou, in coordination with POMAK (World Federation of Overseas Cypriots), PSEKA (International Coordinating Committee Justice for Cyprus) and NEPOMAK (World Organisation for Young Overseas Cypriots) have launched an appeal for the diaspora to contribute to the relief effort.

In response to the appeal, the National Federation of Cypriots in the UK has coordinated initial donations from the UK, including a £5,000 donation from the Federation and other associations including KOPA (Cypriot Football League in UK). The Trustees of the Christos Lazari Foundation have also generously agreed to donate £25,000 to the relief effort.

Speaking at the launch of the appeal The Presidential Commissioner said: “We are very grateful to all those in the diaspora who have already donated to the relief effort. We encourage everyone in the diaspora to donate whatever they can afford, to help our compatriots through this difficult time.”