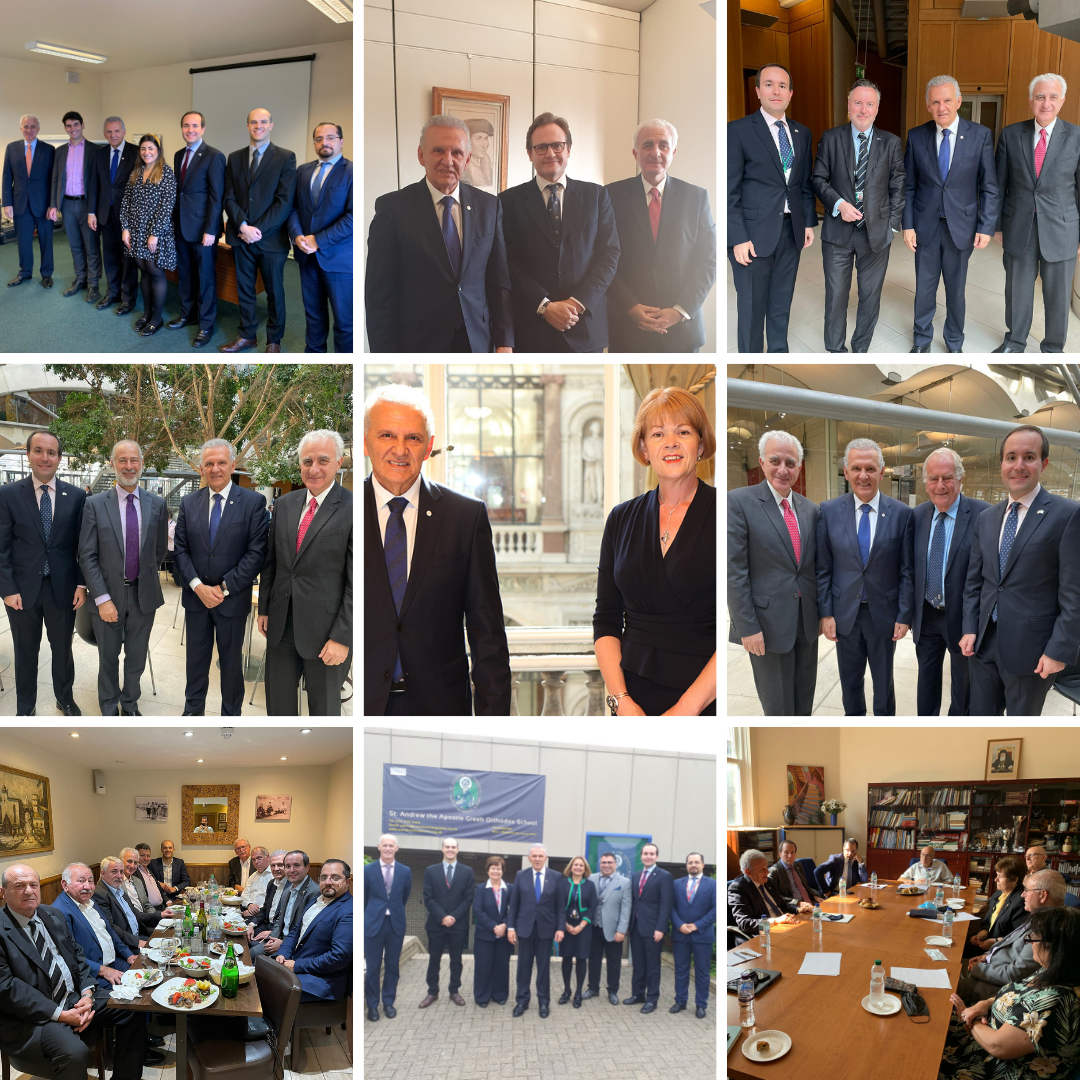 During his trip to London, Presidential Commissioner Photis Photiou visited the Houses of Parliament to meet with key politicians and discuss the latest developments on the Cyprus issue and the ongoing humanitarian issue of the missing persons of Cyprus. He also used the meetings as an opportunity to highlight the contribution of the thriving UK Cypriot diaspora to British life. Presidential Commissioner Photiou met with the Minister for European Neighbourhood and the Americas, Wendy Morton MP; the Shadow Minister for Peace and Disarmament, Fabian Hamilton MP; the Chair of the Commons Foreign Affairs Select Committee, Tom Tugendhat MP; the Scottish National Party Foreign Affairs Spokesperson, Alyn Smith MP; and the Chair of the All-Party Parliamentary Group for Cyprus, Sir Roger Gale MP. All expressed their clear support for the reunification of Cyprus in line with the relevant UN Security Council resolutions and wanted to see the missing persons issue swiftly resolved. The Presidential Commissioner was accompanied by the Cyprus High Commissioner, Mr Andreas Kakouris and President of the National Federation of Cypriots in the UK, Mr Christos Karaolis to his parliamentary meetings.

The Presidential Commissioner also spent significant time meeting with several UK Cypriot community organisations to listen to their issues and concerns and to offer his support. On his first evening in London, Commissioner Photiou met with the President of the National Federation of Cypriots in the UK, Christos Karaolis, and the Assistant Executive Secretary, Christos Tuton, before a working dinner with the Officers of the National Federation of Cypriots in the UK. The dinner was attended by Federation Vice-Presidents Michael Ellinas, Bambos Charalambous, Andreas Papaevripides (also President of POMAK); Federation Treasurer Ninos Koumettou; as well as Bambos Charalambous MP for Enfield and Southgate, the High Commissioner of the Republic of Cyprus to the UK, Andreas Kakouris; and the Consul General of the Republic of Cyprus, Theodoros Gotsis.

In addition, Presidential Commissioner Photiou held a press conference about his trip to London with CNA, CYBC, ANT1, LGR, Parikiaki and Hellenic TV.

Meeting with Board of Deputies of British Jews

The Presidential Commissioner also took the opportunity to meet with the international relations team of the Board of Deputies of British Jews to discuss potential for further cooperation between the UK Cypriot and Jewish communities. The Board of Deputies was represented by Vice-President David Mendoza-Wolfson and International Relations Officer Talia Ingleby. The meeting was also attended by the President and the Assistant Executive Secretary of the National Federation of Cypriots in the UK, as well as the High Commissioner of Cyprus and the Consul General of Cyprus.