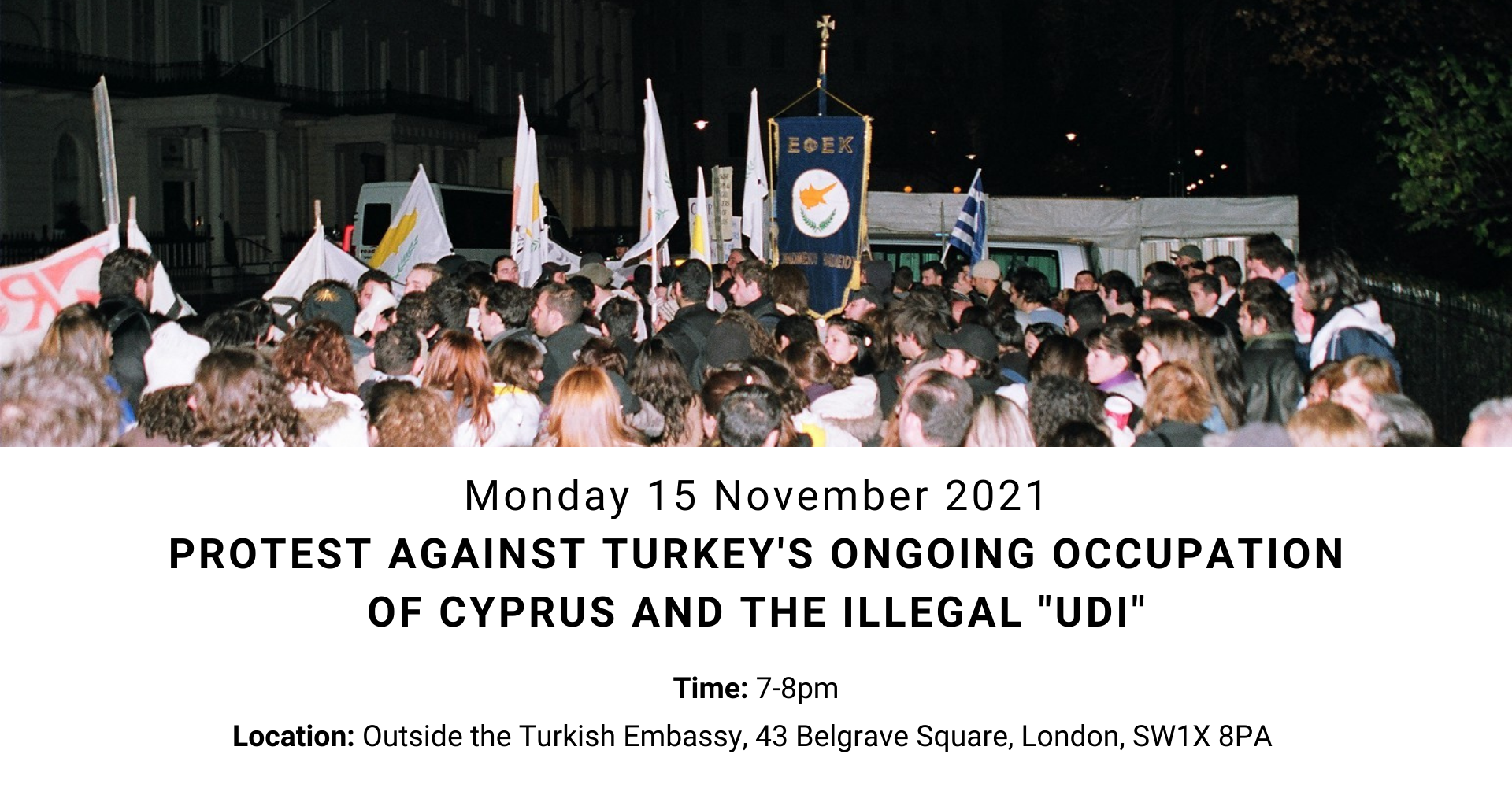 On 15th November 2021, UK Cypriots will be protesting outside the Turkish Embassy in London from 7-8pm to call for a free, united Cyprus and to demand the end of Turkey’s ongoing occupation. The annual protest, organised by the National Federation of Cypriots in the UK, takes place on the tragic anniversary of the illegal ‘Unilateral Declaration of Independence (UDI)’ by the illegal regime in the occupied areas of Cyprus.

The protest takes place this year as Turkey and Turkish Cypriot leader Ersin Tatar have repeatedly called for the permanent partition of Cyprus and for the termination of talks towards a reunification solution. Commenting on the importance of this year’s protest, Federation President Christos Karaolis said, “it’s vital that our community shows up outside the Turkish Embassy to make our calls for a free, united Cyprus heard because in light of Turkey’s increasingly aggressive and provocative behaviours towards Cyprus. I urge everyone in our community to make the effort to be outside the Turkish Embassy on Monday 15th November.”

Protestors will be calling for: