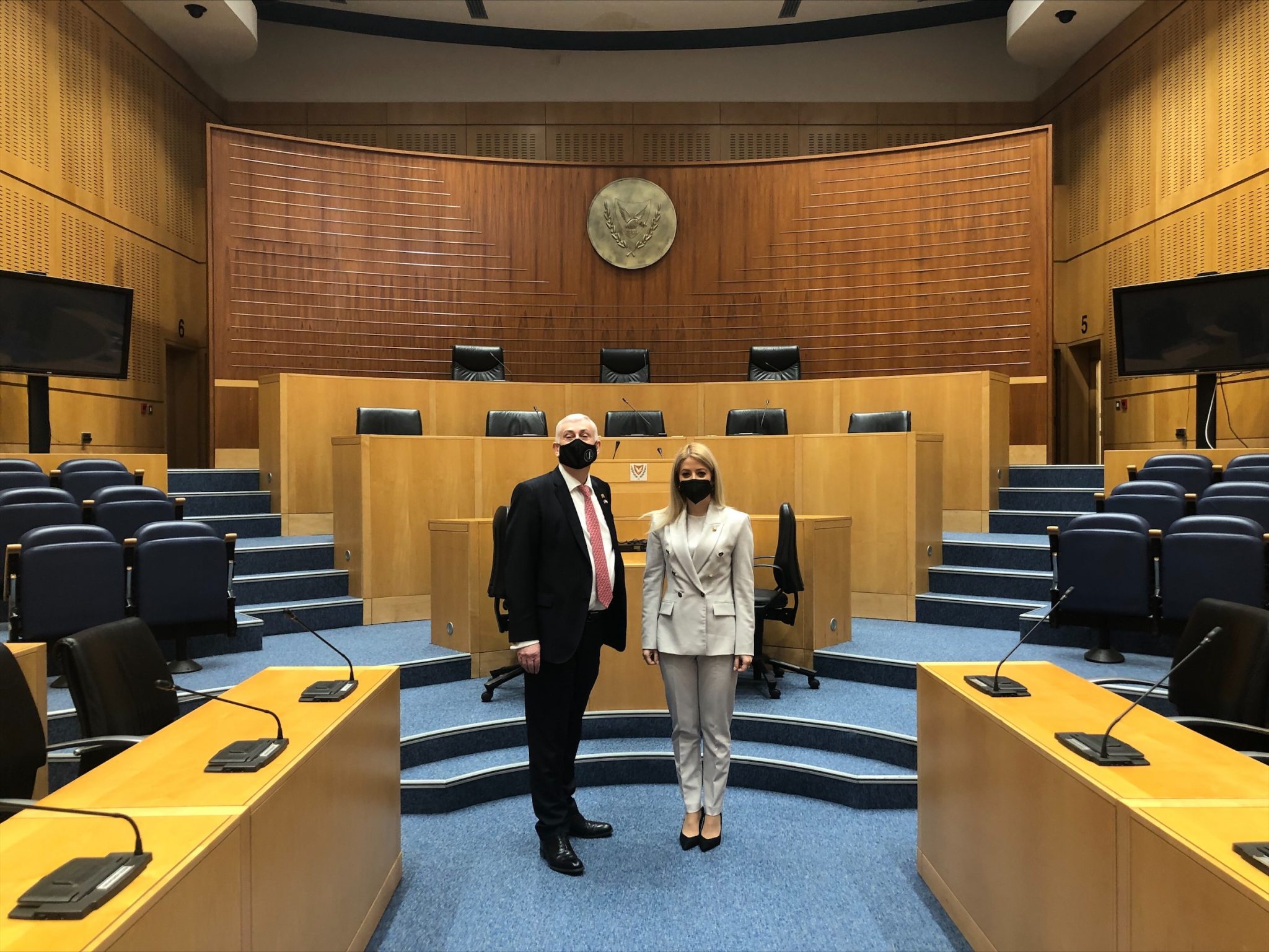 The Speaker of the House of Commons, Sir Lindsay Hoyle MP, has made an historic visit to the Republic of Cyprus this week. Sir Lindsay Hoyle MP becomes the first House of Commons Speaker to visit Cyprus and its House of Representatives. During the trip he also made his first address to an overseas parliament since becoming Speaker in 2019. The visit was hosted by the President of the House of Representatives of the Republic of Cyprus, Annita Demetriou MP.

The major themes of the Speaker’s visit were strengthening parliamentary links between the UK and Cyprus, the Cyprus issue, educational links, security, and the Commonwealth. Sir Lindsay Hoyle MP began his visit with a meeting with Annita Demetriou MP, and then proceeded to meet with the President of the Republic of Cyprus, Cypriot politicians, the UK forces serving in UNFICYP, and the Sovereign Base Areas.

What a pleasure to be welcomed by Madam President @AnnitaDemetriou to Cyprus, and High Commissioner @StephenLillieUK. Our meeting marks the first official visit of a Speaker of the House of Commons to Cyprus and the House of Representatives. https://t.co/lfn2Y69aCp

Welcoming with great pleasure Sir Lindsay Hoyle, Speaker of the House of Commons, for his first official visit in Cyprus and the House of Representatives @CommonsSpeaker #SirLindsayHoyleInCyprus pic.twitter.com/C1kIxbnJvp

It is with distinct pleasure that I welcome to Cyprus the @CommonsSpeaker @LindsayHoyle_MP. Timely opportunity to exchange views on the enduring ties between 🇨🇾-🇬🇧, bilateral & inter-parliamentary cooperation, #Diaspora, latest developments on Cyprus Question & proposed CBMs. pic.twitter.com/qRIHAKej9R

It was an honour for me to address the Special Plenary of the House of Representatives of the Republic of Cyprus. This is the first time since I became Speaker, that I've been able to address an overseas Parliament. pic.twitter.com/PWYSRXx3cP

Visit of @CommonsSpeaker to #Cyprus continues with visit to Ledra Palace to meet British peacekeepers serving with #UNFICYP. They play a vital role in preserving peace and stability and creating the conditions for a settlement of the Cyprus problem pic.twitter.com/hS0C50TDFu

Delighted to welcome @CommonsSpeaker Sir Lindsay Hoyle to the #Bases during his visit to #Cyprus 🇨🇾 🇬🇧 #UKCYties @UKinCyprus pic.twitter.com/OtiOfP0Yvq