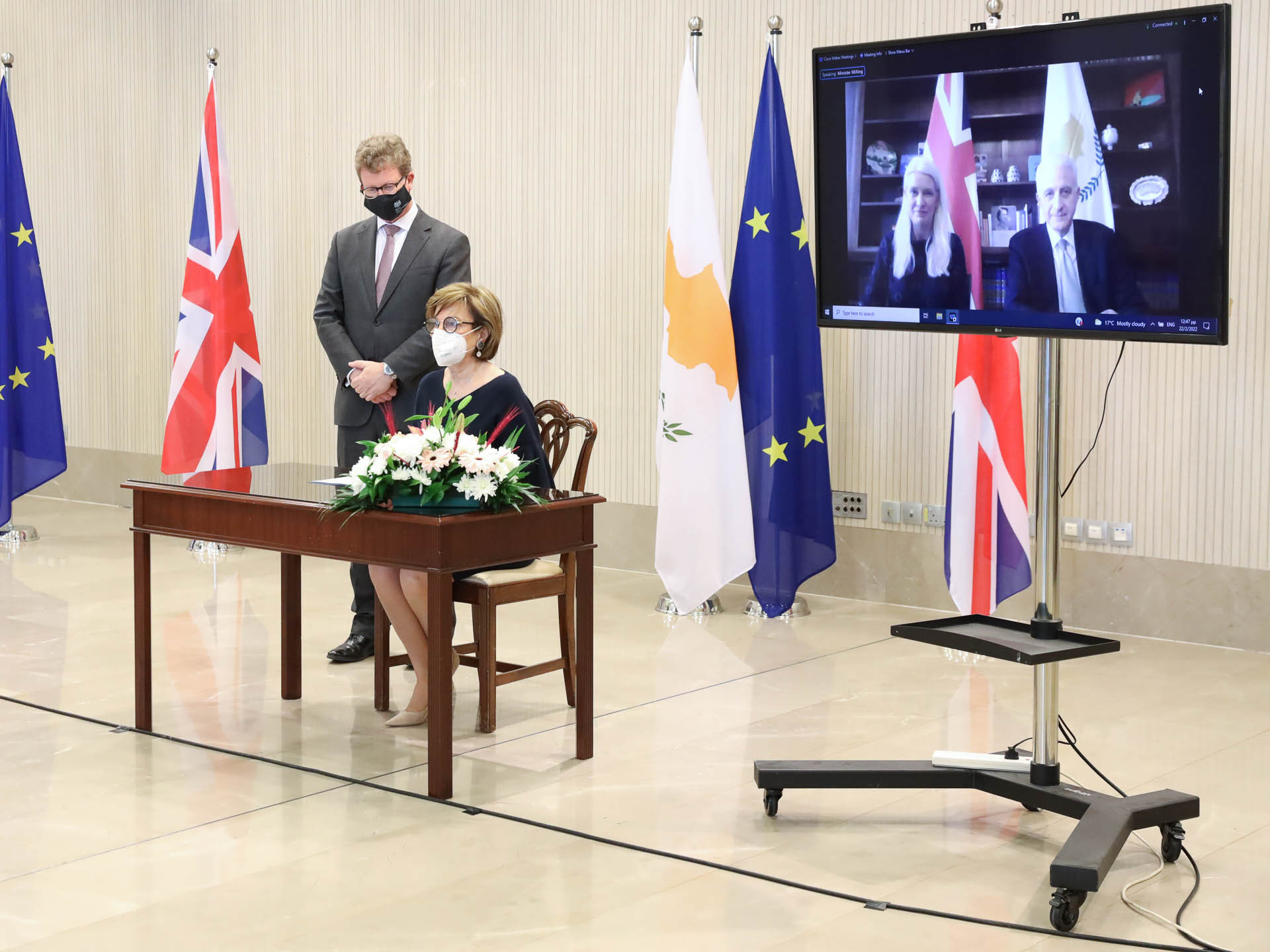 The Memorandum of Understanding outlines steps taken by the two countries to promote and build an inclusive society where LGBTI+ people have the same opportunities and enjoy equal rights, without any form of discrimination. It further sets specific outputs for closer cooperation of the two countries within the European Governmental LGBTI+ Focal Points Network and the Equal Rights Coalition, closer cooperation to promote LGBTI+ rights in the Commonwealth, as well as actions to promote the benefits of diversity and LGBTI+ equality in the workplace.

The Governments of the Republic of Cyprus and the United Kingdom are currently co-chairs of the Council of Europe’s European Governmental LGBTI+ Focal Points Network. In May 2021 they jointly chaired the IDAHOT+ Forum from London, while on May 12 they will both be hosting the IDAHOT+ Forum in Nicosia.

The signing of the Memorandum demonstrates tangibly the importance the two Governments attach to the issue of the protection of the LGBTI+ rights and their commitment to further bolstering and advancing this agenda.

The Minister of Justice and Public Order, Stephie Dracos, stated:

“We strongly support all policies and actions against discrimination on the basis of sexual orientation and gender identity. Though we have made much progress in the field of LGBTI+ rights, we acknowledge that there is more work to be done. What we need is not necessarily more laws, but a change in culture which can be achieved through efforts and actions for raising awareness in order to build a more diverse, inclusive and respectful society. I am certain that the signing of the Memorandum is a step in the right direction”.

“I am delighted to sign, on behalf of the UK, this important Memorandum of Understanding which cements and formalises the increasingly active and productive partnership between the UK and Cyprus on LGBT+ rights. We are proud to work with our long-standing friend and partner, bilaterally as well as through organisations like the Commonwealth, to promote our shared values and learn from one another. We look forward to co-hosting the IDAHOT+ Forum taking place in Nicosia in May, and to welcoming Cyprus’s participation in the Safe to Be Me Conference in London in June”.