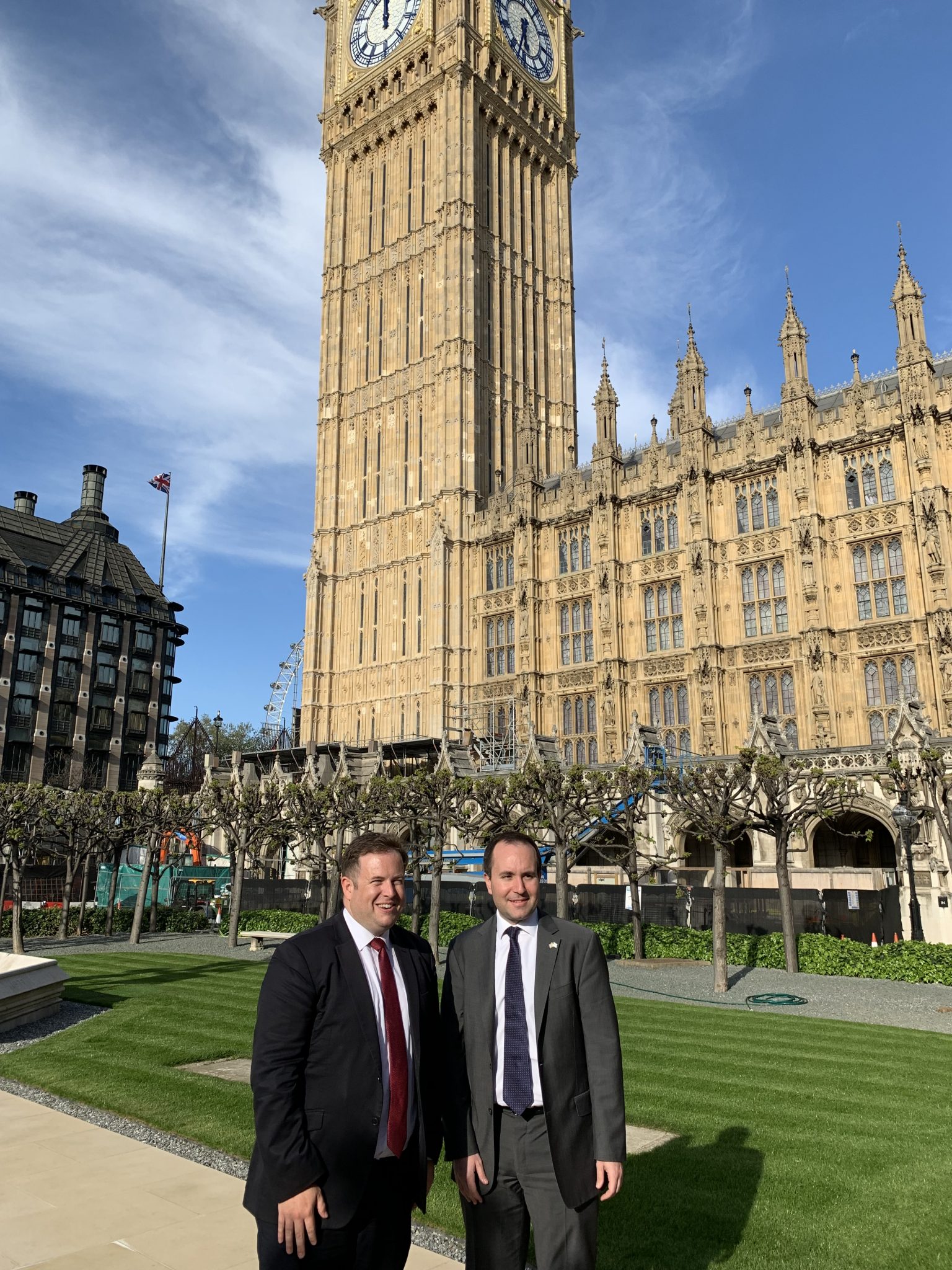 On Wednesday 20th April 2022, the President of the National Federation of Cypriots in the UK, Christos Karaolis, met with the new Shadow Minister for Europe, Stephen Doughty MP, who now has responsibility for Cyprus in the Labour Party.

Amongst other things, they discussed the Cyprus issue and the political situation in the Eastern Mediterranean. Mr Karaolis took the opportunity to brief the Shadow Minister on several key topics including the importance of the United Nations Security Council resolutions on Cyprus and the positive role that the UK can play in achieving a solution the reunifies Cyprus.

They also spoke about some of the issues concerning the 300,000 strong UK-based Cypriot diaspora and the work that the National Federation of Cypriots in the UK does representing UK Cypriots. Mr Doughty shared his positive experiences of the UK Cypriot community in his constituency and credited their contribution to British society.

Following the meeting, Mr Doughty said, “I’m delighted to have taken on Shadow responsibility for Cyprus, continuing the great work of Fabian Hamilton MP. I also have a strong interest in and affection for Cyprus, not least given the vibrant Cypriot community in my own constituency in South Wales. The UK has a historic commitment to the people of Cyprus, and Cypriots have made a huge contribution to the UK. Labour remains steadfastly committed to reuniting Cyprus and ending the occupation, in line with UN Security Council Resolutions, as a bizonal, bicommunal federation. For too long, the people of Cyprus have been forcibly divided. I look forward to working with the National Federation of Cypriots and to my next visit to Cyprus in the near future!”