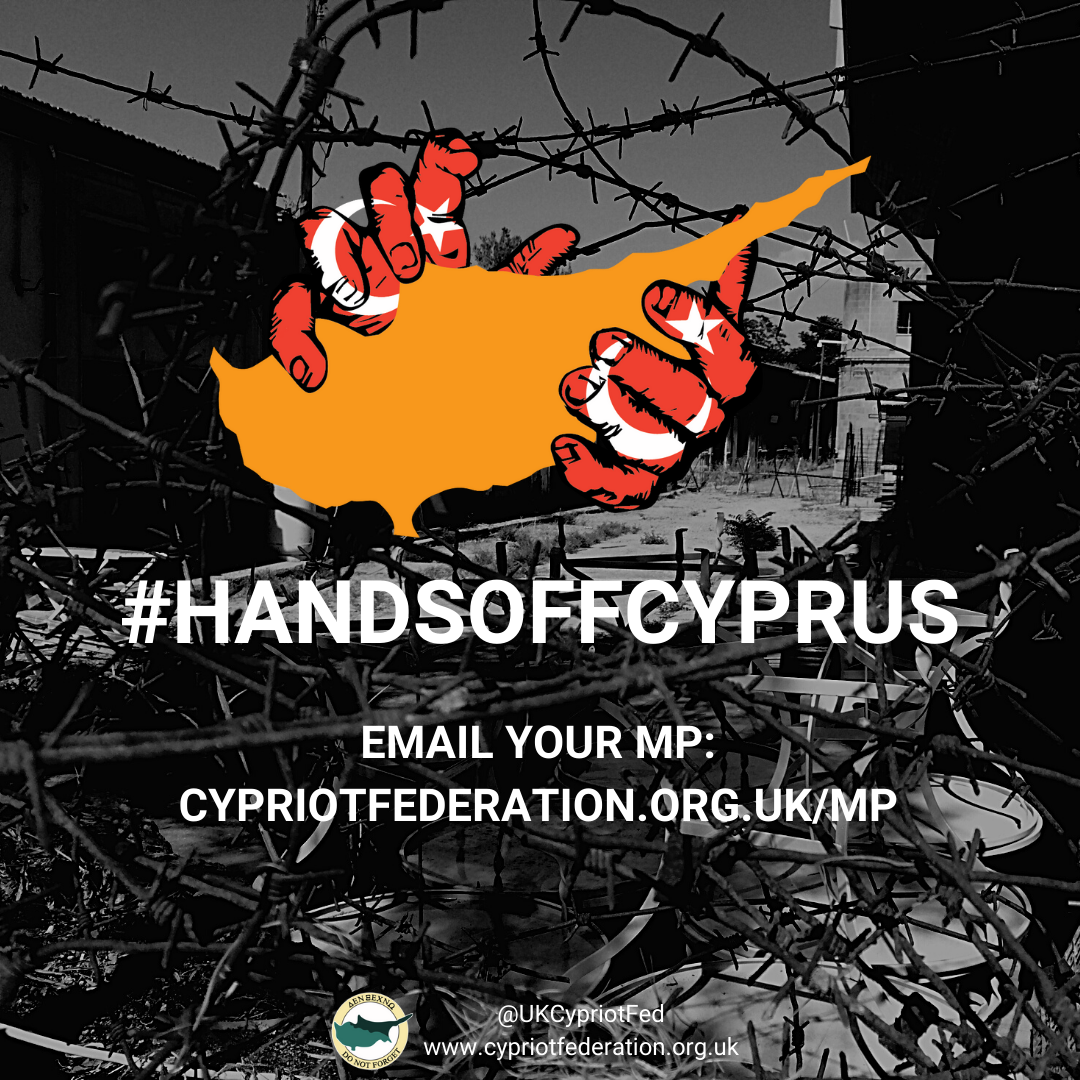 20 July 2022 marks 48 years since Turkey illegally invaded and occupied the northern third of Cyprus. The invasion caused 200,000 people to become refugees, many of whom have had to build new lives here in the UK, and missing persons whose fates are still unknown. Sadly, instead of working towards the reunification of Cyprus, Turkey is now pushing for the permanent partition of the island and is taking steps to unilaterally ‘open’ Varosi. This completely violates UN Security Council resolutions and is unacceptable to all Cypriots.

Therefore, at this critical time, Cyprus needs the full support of the UK Government and Members of Parliament, who hold the Government to account. You can make a difference by ensuring that your local MP is speaking up for Cyprus and opposing Turkey’s illegal actions and partition plans. Click the button below to email your MP, it takes less than 30 seconds. It’s time that Turkey finally takes its #HandsOffCyprus.

As one of Cyprus’ guarantor powers and a Permanent Member of the UN Security Council, the UK Government and MPs have a unique, and historic, duty to stand up for Cyprus and oppose actions that seek to undermine its sovereignty and territorial integrity. The #HandsOffCyprus campaign is an important reminder to our own MPs that they have constituents who care passionately about Cyprus and want to see the end of the occupation and its reunification in line with UN resolutions.

Last year thousands of people, in hundreds of constituencies, contacted their MP to ask them to stand up for Cyprus. With the troubling recent developments in Varosi, it is vital that our community makes its voice heard loudly again this year to urge the UK to stand-up for international law and implement meaningful consequences for Turkey’s ongoing occupation and illegal actions.

What can I do?
We have created a user-friendly email template (which you can amend), on our website (www.cypriotfederation.org.uk/mp), allowing you to automatically email your local MP in just 30 seconds. The email urges your MP to speak up for Cyprus, advocate for reunification and oppose partition.