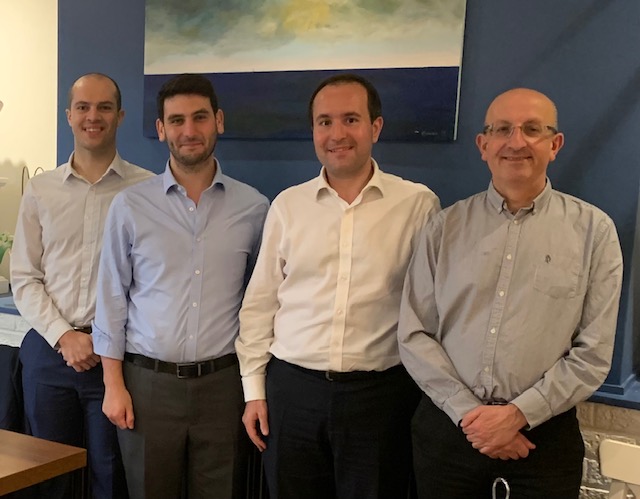 Over the last two weeks, the National Federation of Cypriots in the UK has met with the representative organisations of the Jewish, Armenian, Kurdish and Alevi communities in the UK. The meetings with the Board of Deputies, the Armenian National Committee UK, Kurdish Assembly of Britain, and the British-Alevi Federation have been held as part of the Federation’s ongoing efforts to strengthen ties with fellow UK-based diaspora communities and to develop areas for cooperation where there are shared interests. 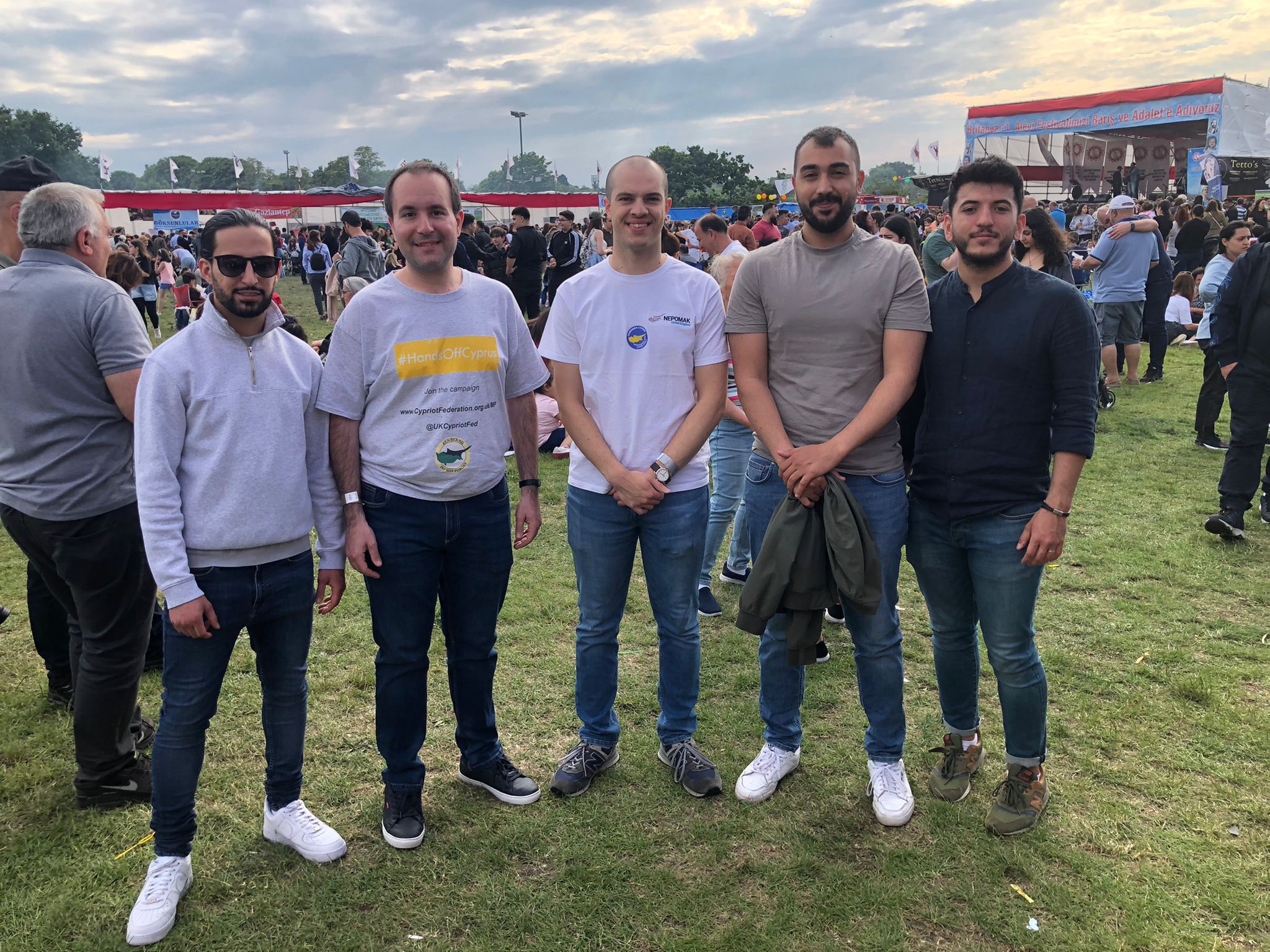 On Friday 3rd June, Federation President Christos Karaolis and Assistant Executive Officer Christos Tuton attended the British-Alevi Federation’s annual summer festival where they were welcomed by Ergin Erbil, a local councillor of Alevi background. During the visit, they compared cultures, and discussed the importance of people from ethnic minority backgrounds being represented in British political life, as well as common areas of foreign policy interests. Whilst at the festival, they also met the new chairs of the British-Alevi Federation, Dilek Incedal and Muslum Dalkilic. 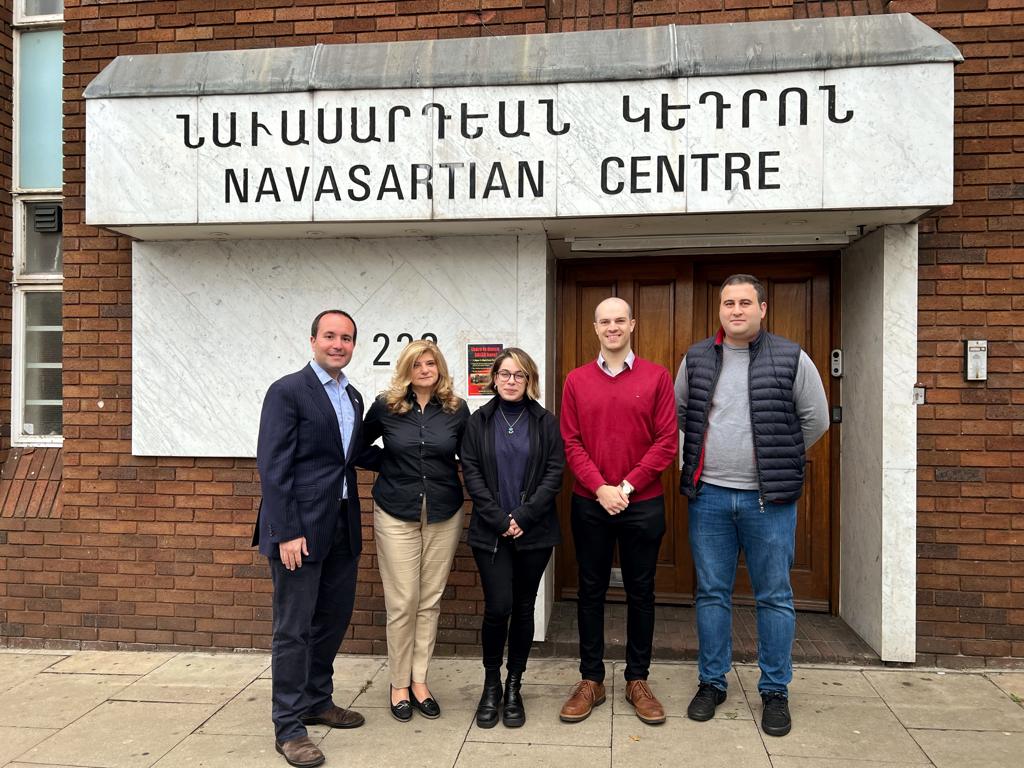 Mr Karaolis and Mr Tuton also attended a roundtable meeting with the Armenian National Committee UK and the Kurdish Assembly of Britain at the Armenian community’s Navasartian Centre in Ealing on Sunday 5th June. The UK Cypriot, Armenian and Kurdish communities have established a very close working relationship over the last few years and have written several joint letters to the British Government on areas of mutual interest. The letters have covered a variety of topics such as calling for human rights guarantees on any future UK-Turkey trade agreement, proscribing the Grey Wolves as a terrorist organisation in the UK, and expressing concern at BAE Systems’ joint fighter jet project with Turkish Aerospace Industries.

During the meeting, the organisations agreed to write a new joint letter about the Government’s recent decision to suspend restrictions on new arms exports to Turkey. The organisations also reaffirmed their joint efforts towards highlighting President Erdogan’s illegal and destabilising actions in the region as well as Turkey’s ongoing occupation of the northern part of Cyprus, its unabating attacks on the Kurdish people, and its continued denial of the Armenian Genocide.

Board of Deputies of British Jews

On Thursday 9th June, Mr Karaolis and Mr Tuton met with the Senior Vice-President, David Mendoza-Wolfson, and the CEO, Michael Wegier, of the Board of Deputies of British Jews. During the meeting, they discussed the challenges facing the Cypriot and Jewish diasporas, and spoke about the importance of preserving cultural identity, language and a deep sense of community. They also discussed opportunities and potential initiatives to bring the two communities together around some of those themes, as well as through shared history.

“Opportunity to make our voices stronger”

Commenting on the recent meetings, Federation President Christos Karaolis said, “As responsible, considerate, and active British citizens, it is important that we develop close relations with the communities that live around us, especially in north London, and also consider the wider Eastern Mediterranean region to be their homeland. Working together here in the UK is an opportunity to make our voices stronger and it amplifies our collective vision of a positive future for the region where peace, international law and democracy are key pillars. By bringing people together around mutual interests and experiences, we can help secure a brighter future for our diasporas.”