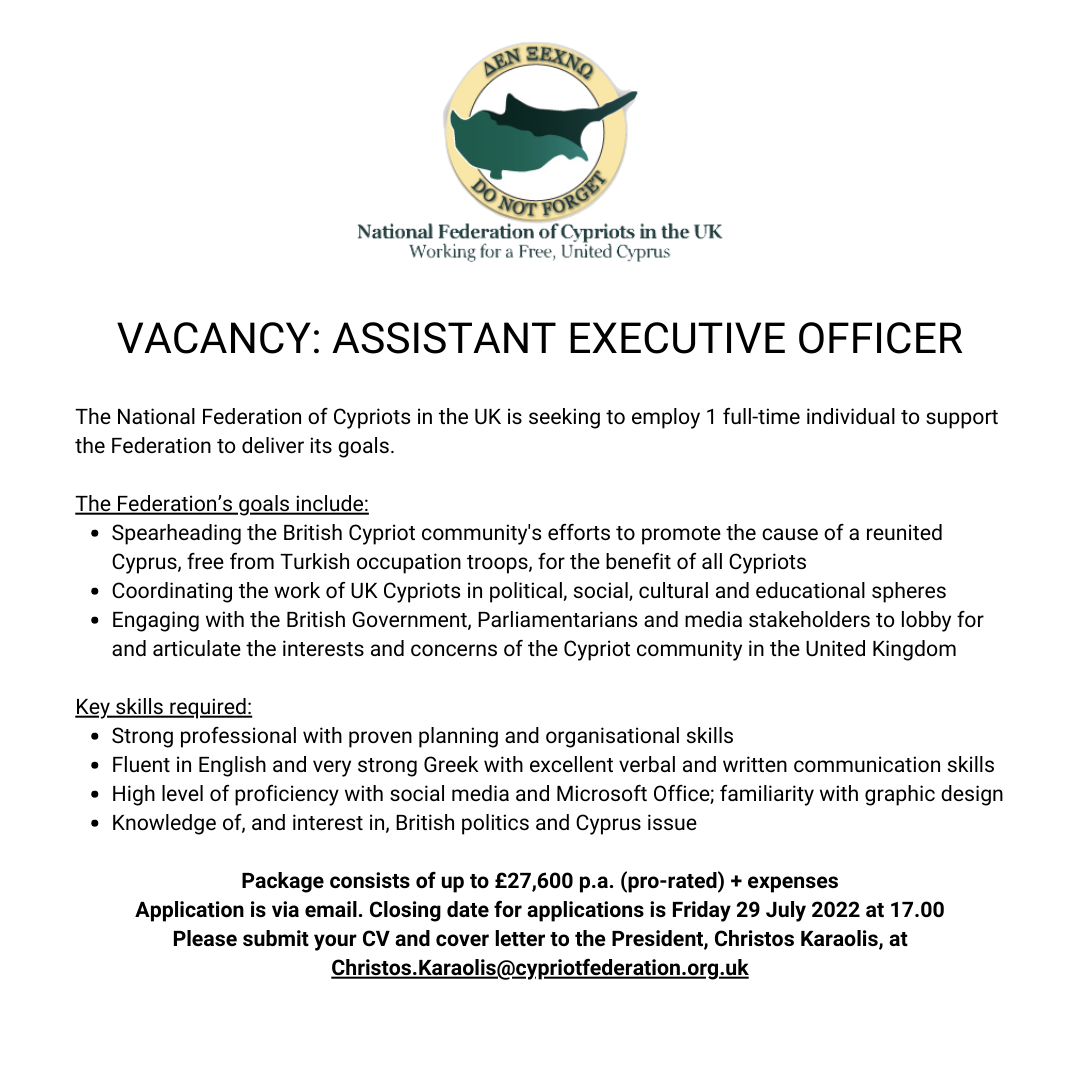 The National Federation of Cypriots in the UK is seeking to employ 1 full-time individual to support the Federation to deliver its goals.

The Federation’s goals include:

Application is via email. Closing date for applications is Friday 29 July 2022 at 17.00
Please submit your CV and cover letter to the President, Christos Karaolis, at Christos.Karaolis@cypriotfederation.org.uk