Church service to remember those who fell defending Cyprus 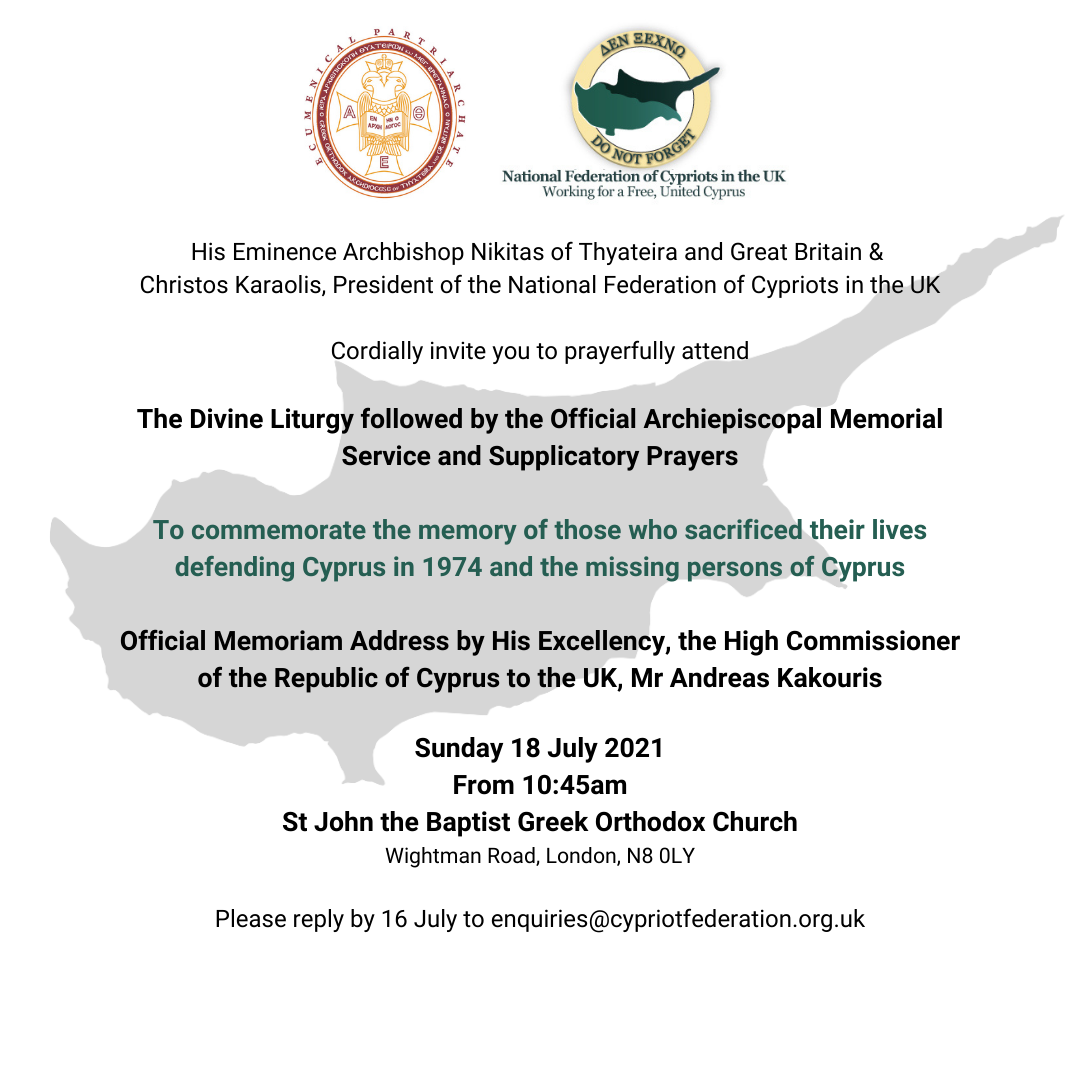 On Sunday 18 July, the National Federation of Cypriots in the UK is organising a memorial service to remember those who fell & sacrificed their lives defending Cyprus’ freedom in 1974 and to remember in prayer the missing persons of Cyprus. His Eminence, Archbishop Nikitas of Great Britain and Thyateira will officiate Divine Liturgy and there will be speeches from the High Commissioner of the Republic of Cyprus to the UK, Mr Andreas Kakouris and the President of the National Federation of Cypriots in the UK, Mr Christos Karaolis.

The memorial will be held from 10.45am at St John the Baptist Church, Wightman Road, London, N8 0LY

National Federation of Cypriots in UK