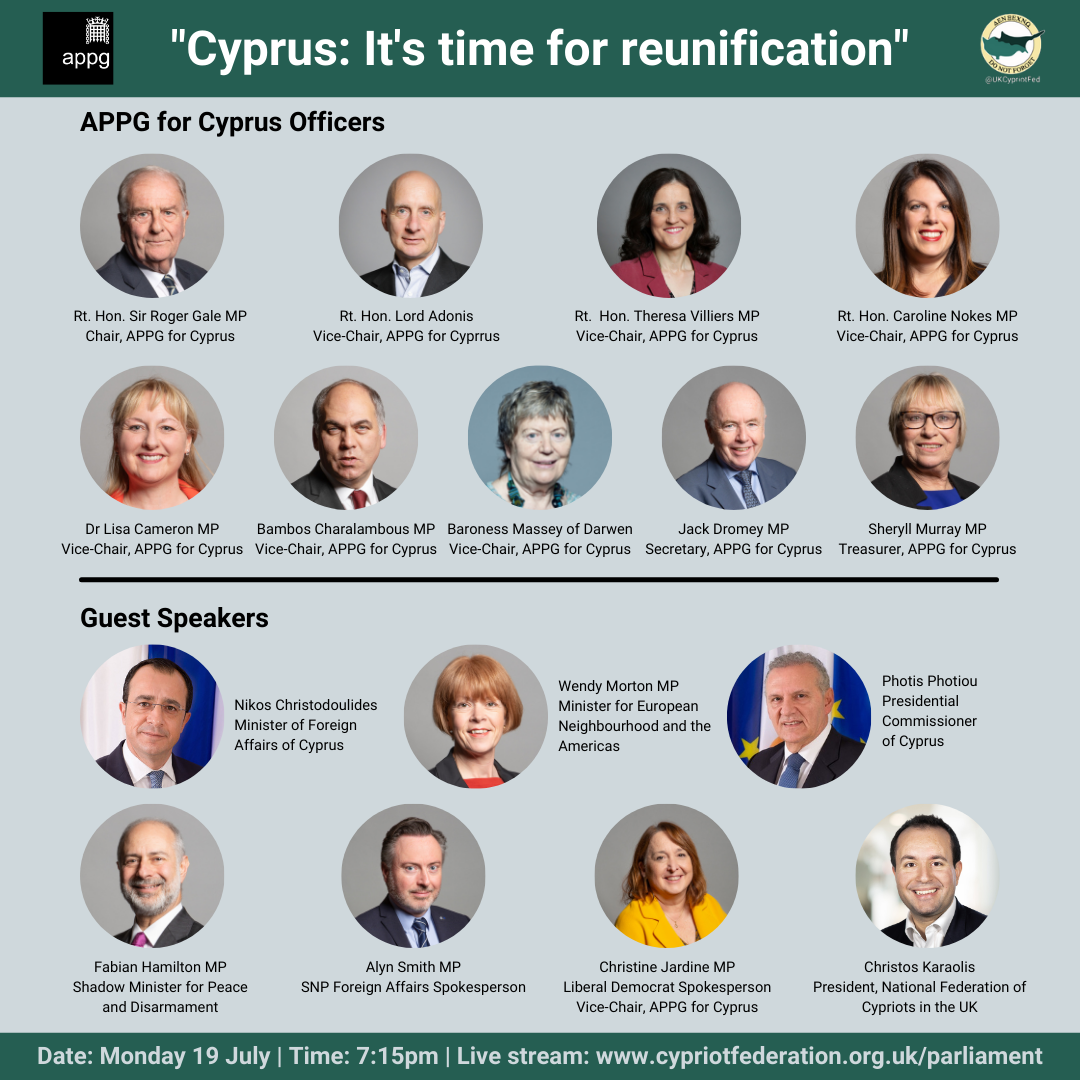 The All-Party Parliamentary Group (APPG) for Cyprus and the National Federation of Cypriots in the UK will be hosting our annual parliamentary meeting, to mark the anniversary of the Turkey’s illegal invasion and occupation of Cyprus, virtually this year due to the COVID-19 pandemic. The event will take place on Monday 19 July 2021 from 7:15pm and the whole community is invited to watch the event live, as it happens, by visiting www.cypriotfederation.org.uk/parliament

Speakers at the event will include the Cypriot Foreign Minister and Presidential Commissioner, as well as Minister Wendy Morton MP, Shadow Minister Fabian Hamilton MP, Opposition Spokespersons from the SNP & Liberal Democrats, and Parliamentarians from across the major British political parties.

Members of Parliament from across the major British political parties will be participating and it will be an opportunity to hear them discuss the Cyprus issue and the important contribution made by Cypriots in the UK. The APPG for Cyprus has long supported the reunification of Cyprus in line with UN Security Council Resolutions and continues to work hard to promote positive relations between the UK and the Republic of Cyprus. The National Federation of Cypriots in the UK proudly serves as the Secretariat for the APPG for Cyprus.

Please encourage your friends and family to also watch the event live on Monday 19 July, as we continue the struggle for a free and re-united Cyprus.

National Federation of Cypriots in UK