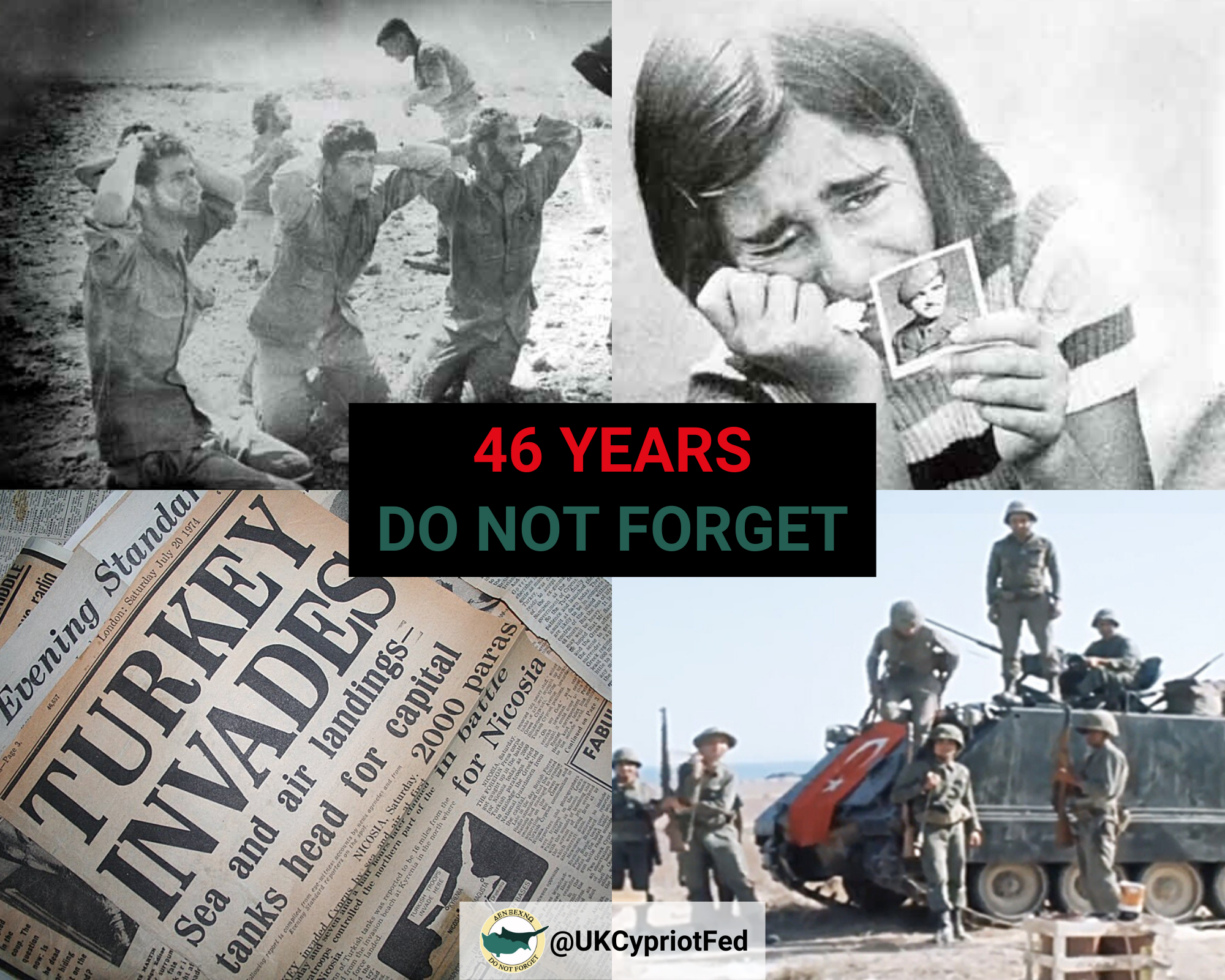 On 20th July 1974, Turkey launched its pre-planned illegal invasion and occupation of Cyprus. The first wave of the invasion began in the early hours of 20th July and the second wave came just weeks later on 14th August. 46 years later, Turkey continues to occupy over 36% of Cyprus, dividing the island and its people. The invasion came just days after an illegal coup d’etat by the military junta of Greece and EOKA-B on 15th July. Cypriots still suffer the consequences of the invasion, including:

“As another tragic year passes, I assure you that we will never give up our campaign for a free, united Cyprus and the end of Turkey’s occupation. For 46 years, Turkey has violated international law, countless United Nations resolutions, the human rights of Cypriots, and the sovereignty of the Republic of Cyprus. Turkey’s intransigence continues to hamper efforts towards a solution and Turkey’s most recent behaviour, in Cyprus’ EEZ and on Hagia Sophia, has shown the world that it is a negative influence. It is, therefore, clear that Turkey can have no role in a post-solution Cyprus and Turkey’s demands to maintain a permanent troop presence and guarantor status are not acceptable.

“As we have done for 46 years, the National Federation of Cypriots in the UK will continue to lead the UK Cypriot community’s united campaign for the reunification of Cyprus and the end of Turkey’s occupation.”

The Federation has written to the Prime Minister on this tragic anniversary calling on him to exercise “proactively and constructively” the power he has to “make a lasting difference” in relation to Cyprus. In addition, the letter also raised concerns about Turkey’s “increasingly authoritarian and aggressive policies towards Cyprus.”

Last week the Federation and APPG for Cyprus hosted their annual parliament event virtually due to the COVID-19 pandemic. You can watch the video of the event here: https://www.facebook.com/UKCypriotFed/videos/2057694941040685/