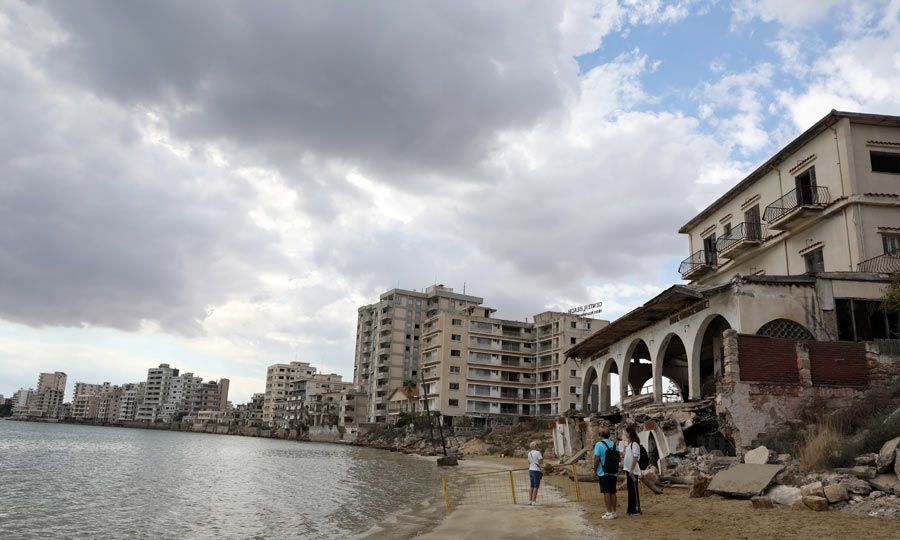 On Thursday 19 May 2022, it was revealed that Turkey and the illegal occupation regime in Cyprus are undertaking actions to ‘open’ more of the fenced off area of Varosi. Cyprus News Agency reported that a bulldozer has been carrying out work and sunbeds and umbrellas have been set up along the beach. The area is estimated to be around 600 meters long, with the beach bordering the Aspelia hotel.

The President of the Republic of Cyprus, Nicos Anastasiades, described the developments as unacceptable and said that “we will not overlook this act, we will take the appropriate steps necessary.” He added, “we will continue to insist on the principle that a country’s violation of another country’s sovereignty cannot be ignored, especially when that particular country is constantly challenging both the international community and its NATO allies”.

The latest attempt to open part of Varosi comes after an initial ‘opening’ in July 2021, following plans announced by President Erdogan of Turkey and Turkish Cypriot leader Tatar in October 2020. After the actions of 2021, the international community was clear in its condemnation of Turkey’s actions. However, the latest developments demonstrate the clear need for meaningful consequences and sanctions for Turkey’s actions. Without consequences, we fear that more of Varosi will be opened and that would greatly undermine prospects for the reunification of Cyprus.

Last year, when part of Varosi was opened, the UK's condemnation was clear. @FCDOGovUK said it was "deeply concerned" by the action and that it "strongly supports" UNSC resolutions on Varosi. @UKLabour called the move a "blatant violation" of UNSC resolutions